What a week.  Between the presidential election, Leonard Cohen and Gwen Ifill passing away and the general unhappiness of my life I have one thing to say.  2016 can suck it.  I’m ready to move on with a little more forgiveness, tolerance, and hope.  I  don’t want to get too political here, but I hope that you are with me when I say that I find the amount of vitriolic hatred, violence, and racism that has reared it’s ugly head all over the country disheartening. 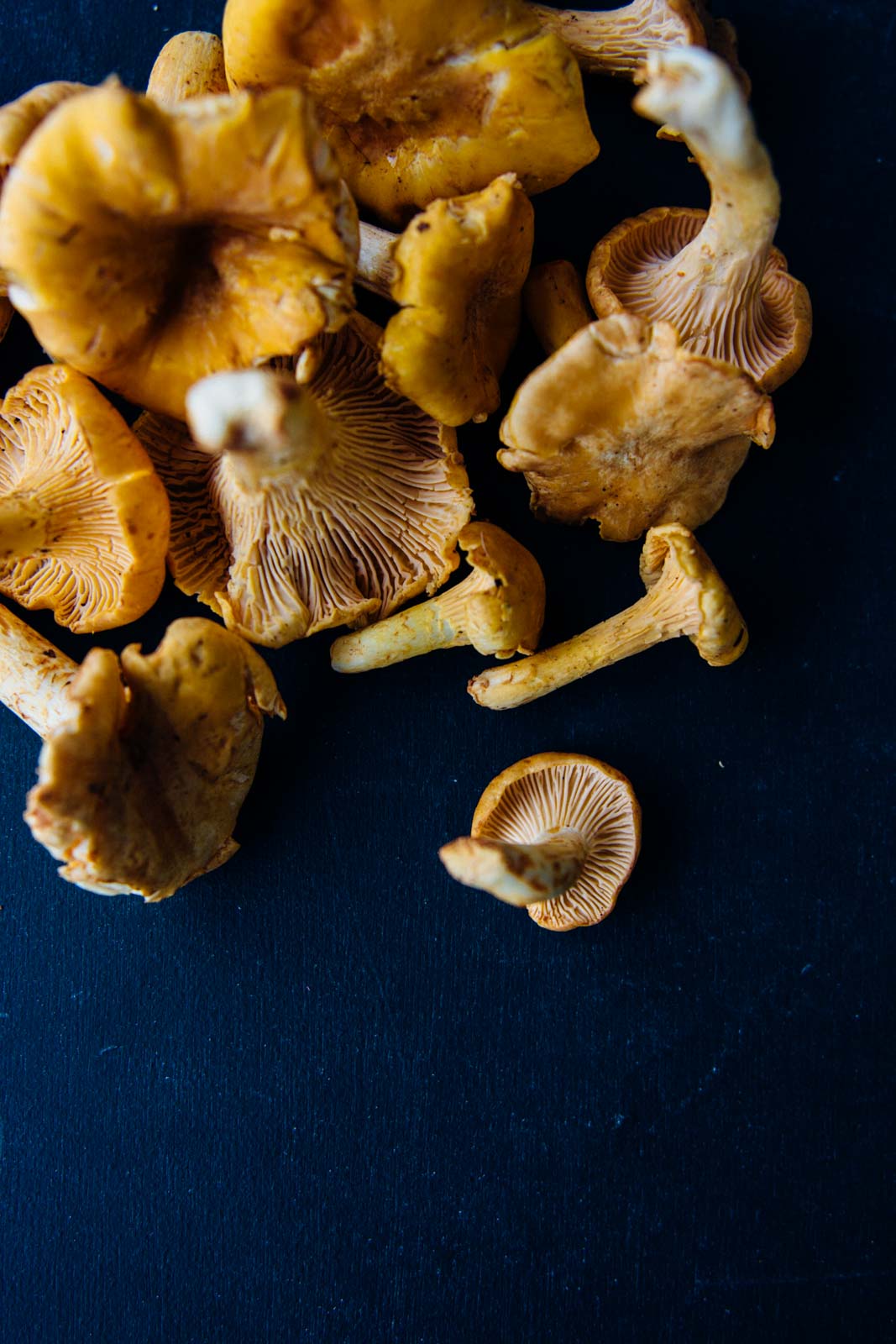 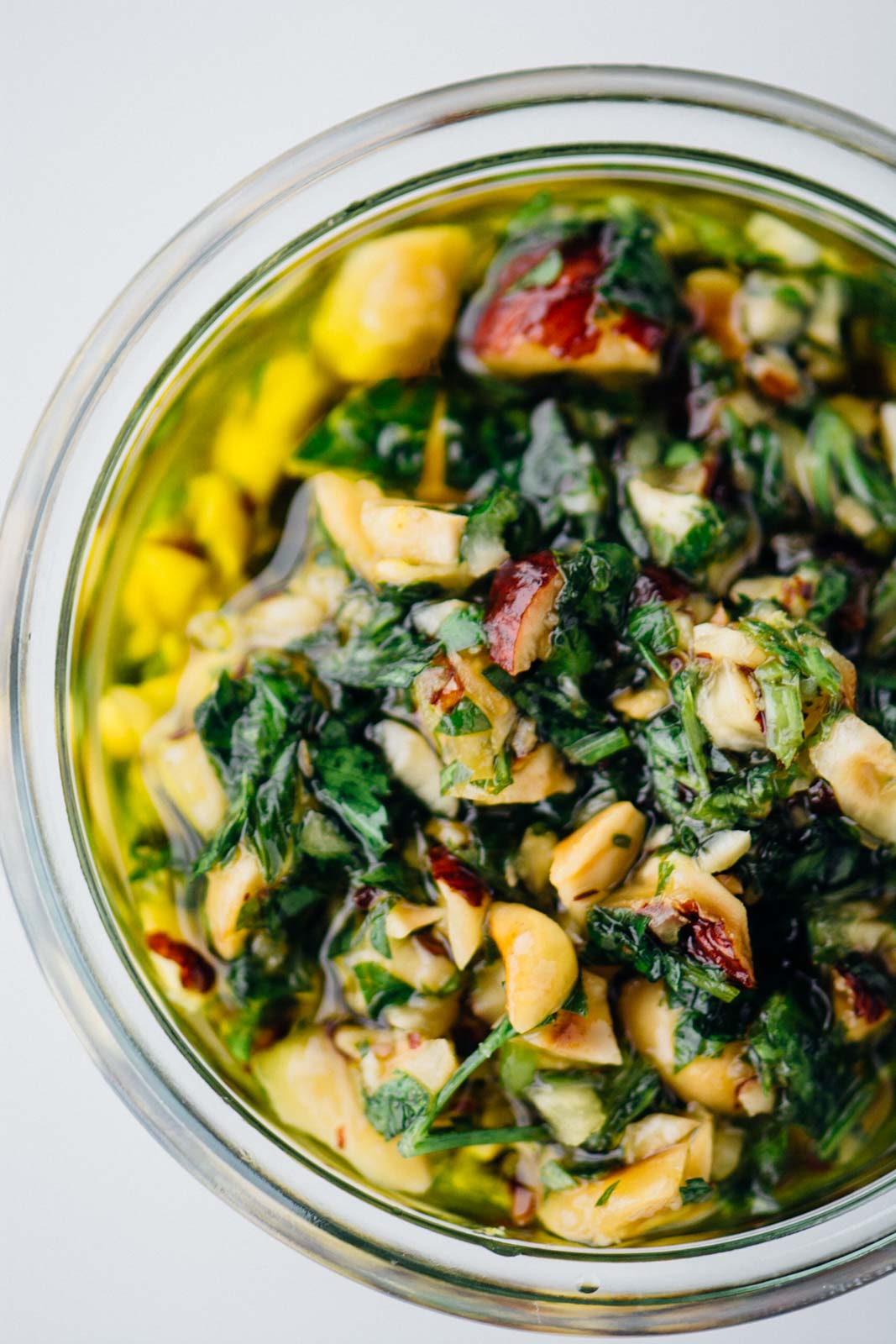 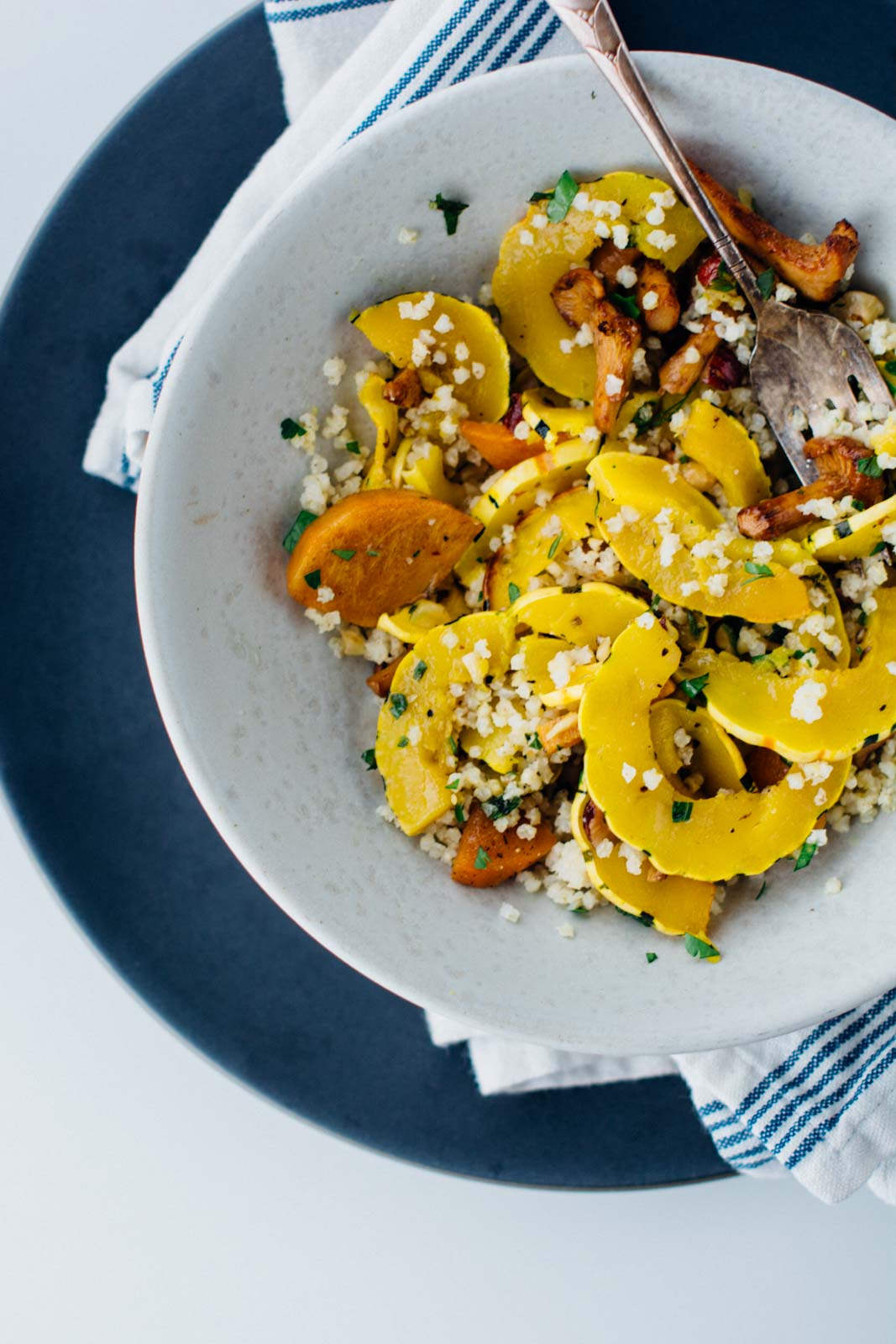 I left for New York on election night, so I missed the reaction here in Portland.  There were a lot of demonstrations and unfortunately a small group of people decided to get destructive, not cool.  While away we saw a lot of marches, all peaceful, and it was inspiring to me to see people being passionate about their beliefs in a supportive and positive way.  I don’t expect to change minds, but I do hope that regardless of your gender, race or sexual orientation we try to embrace and accept those that are different from us, rather than use political affiliations as an excuse to promote hate. 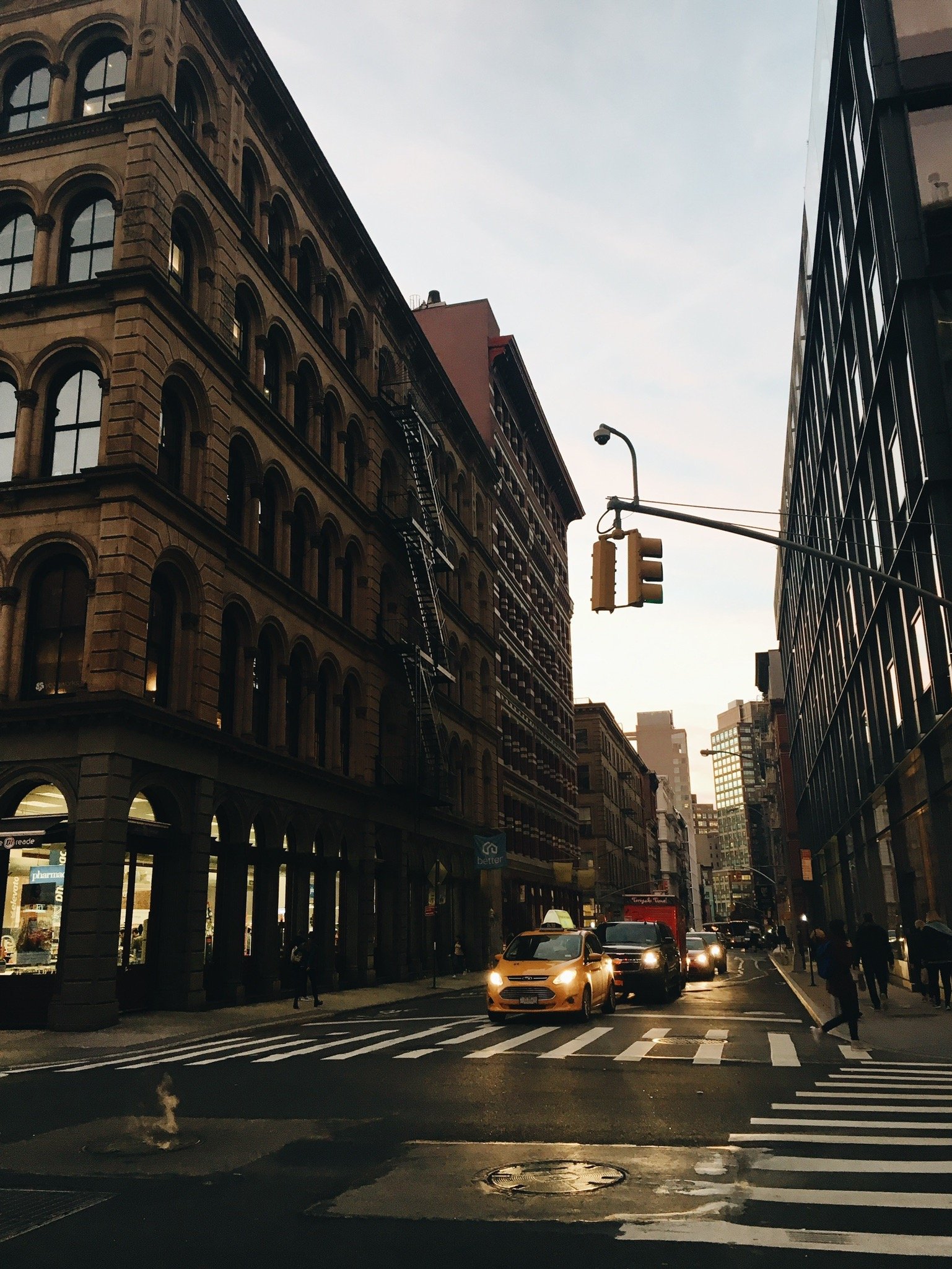 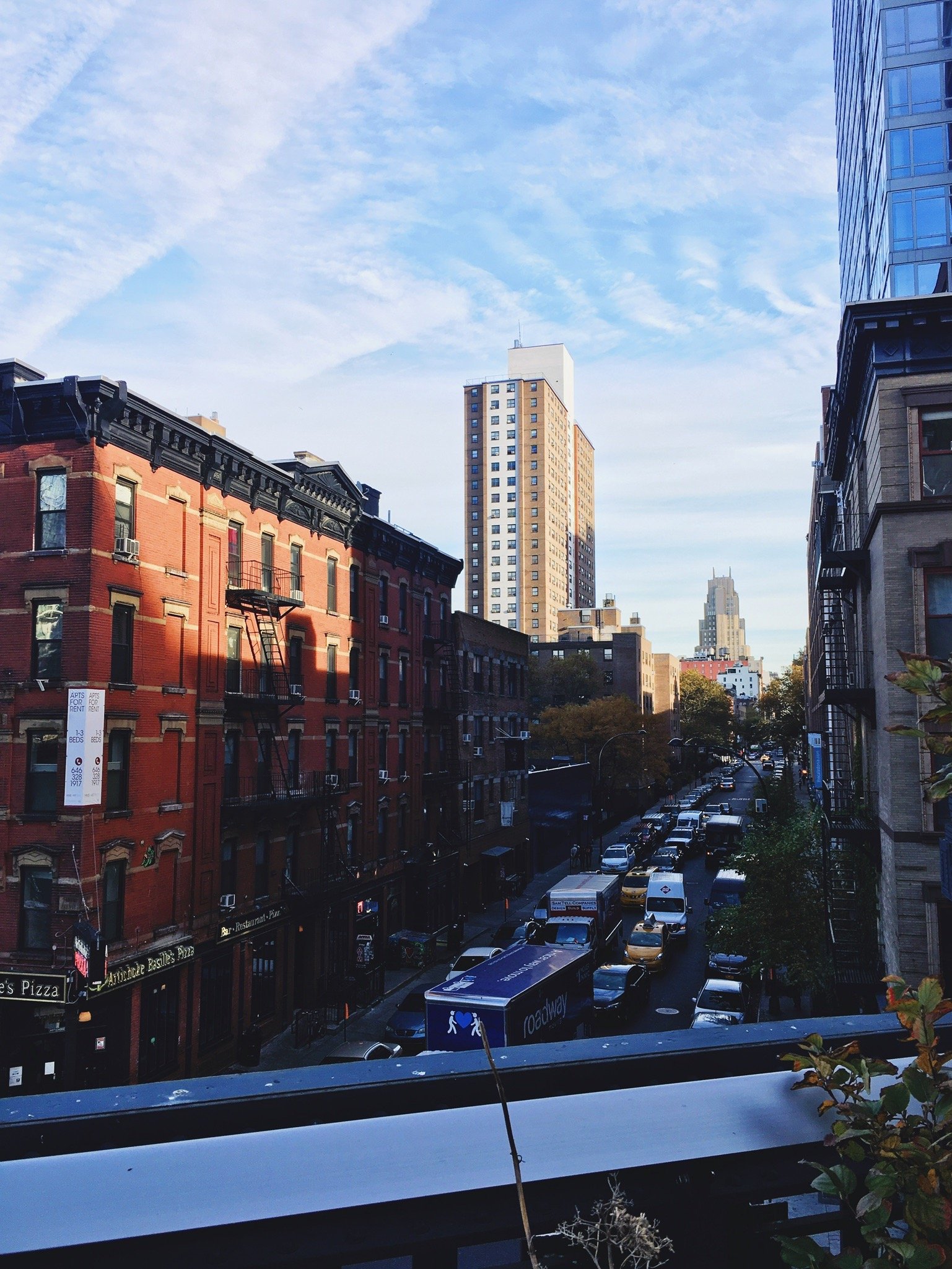 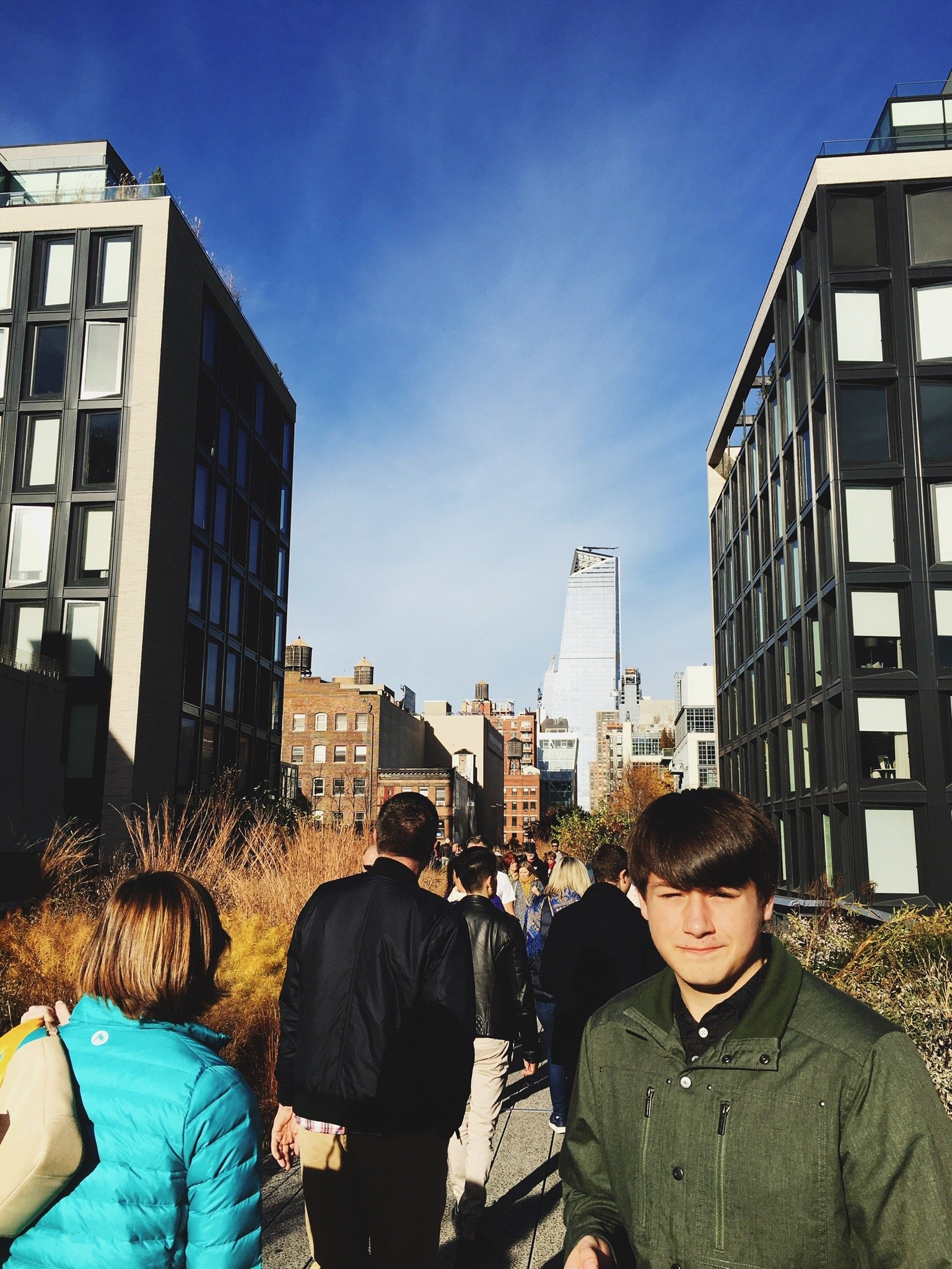 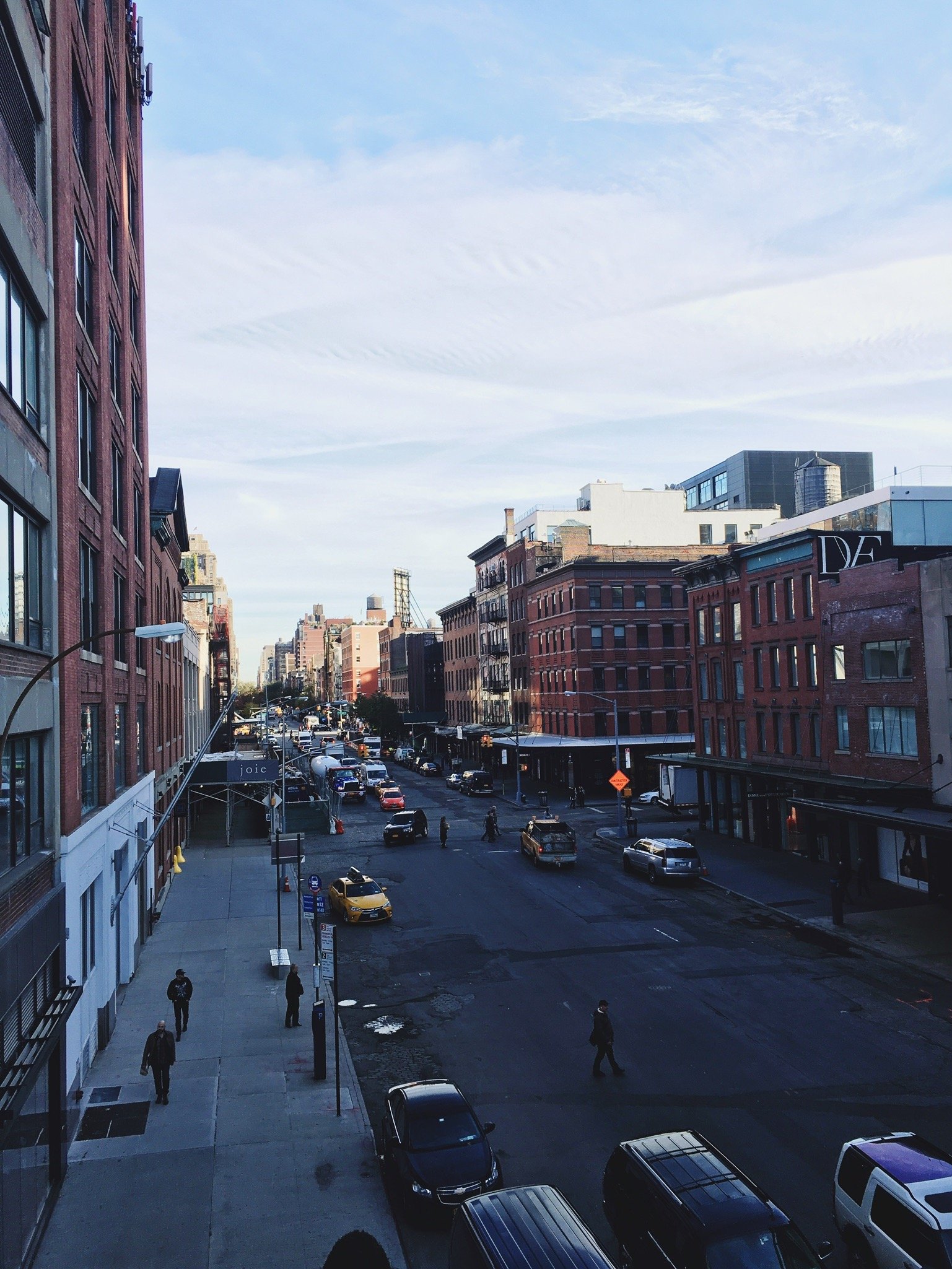 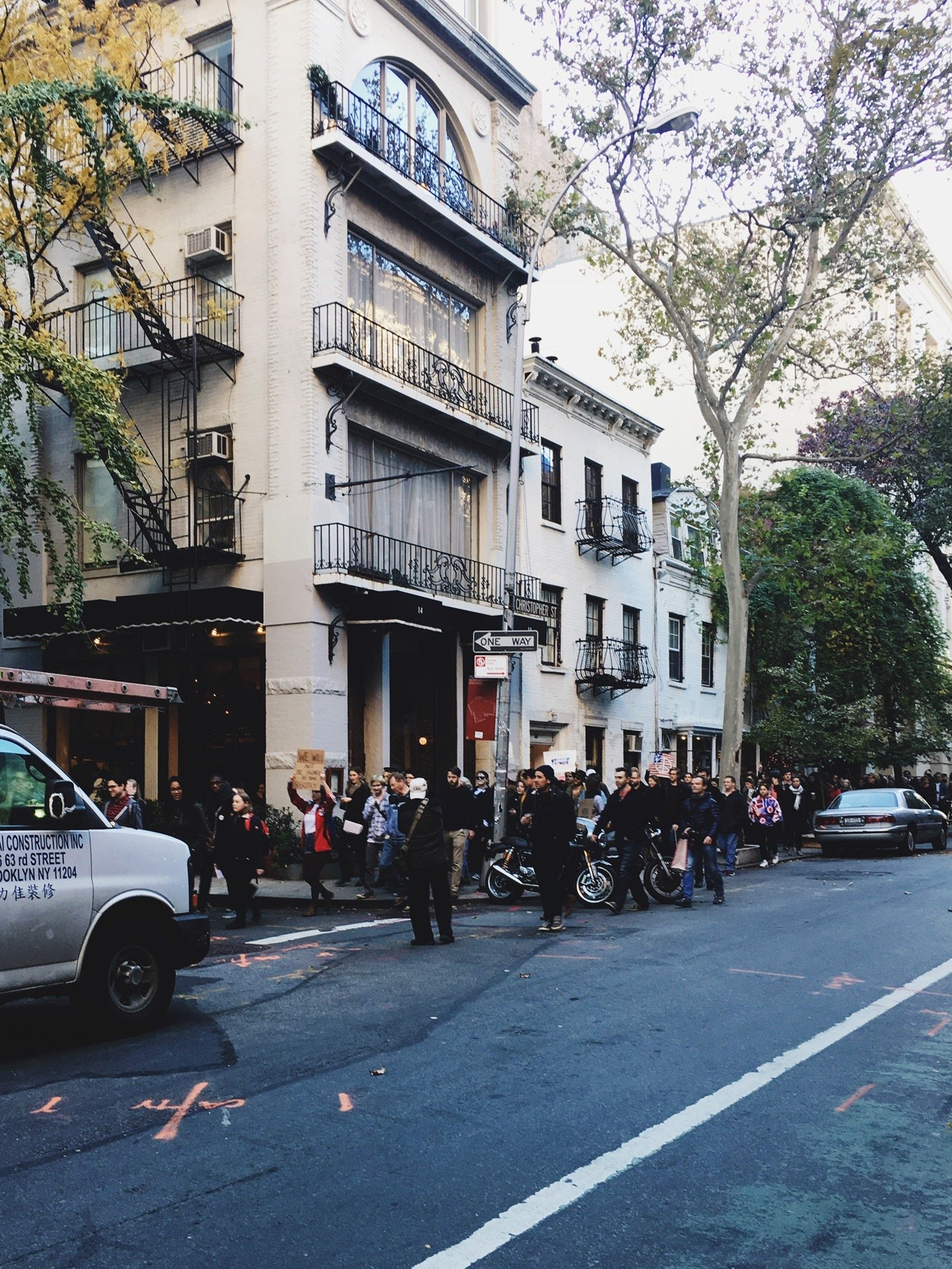 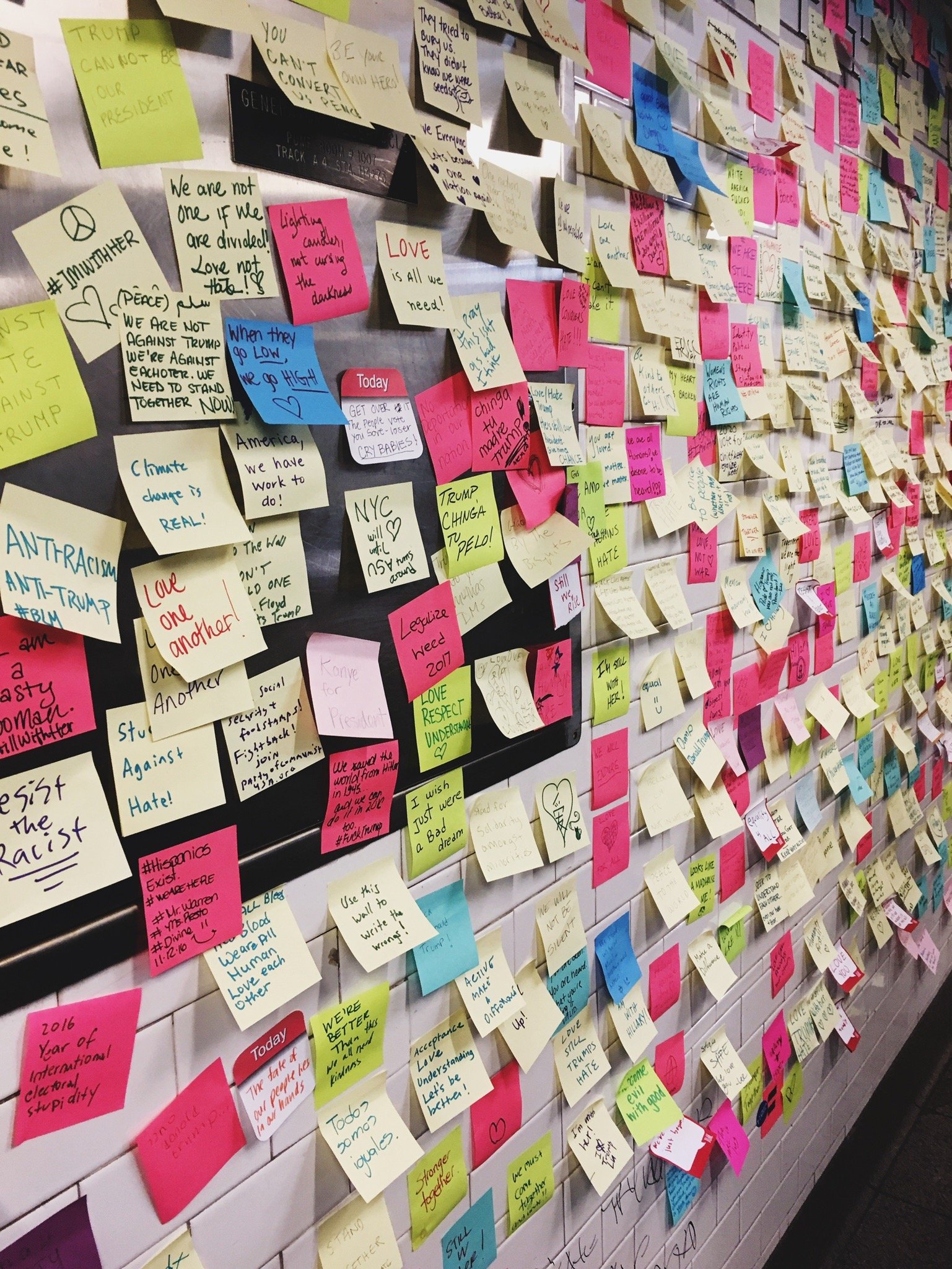 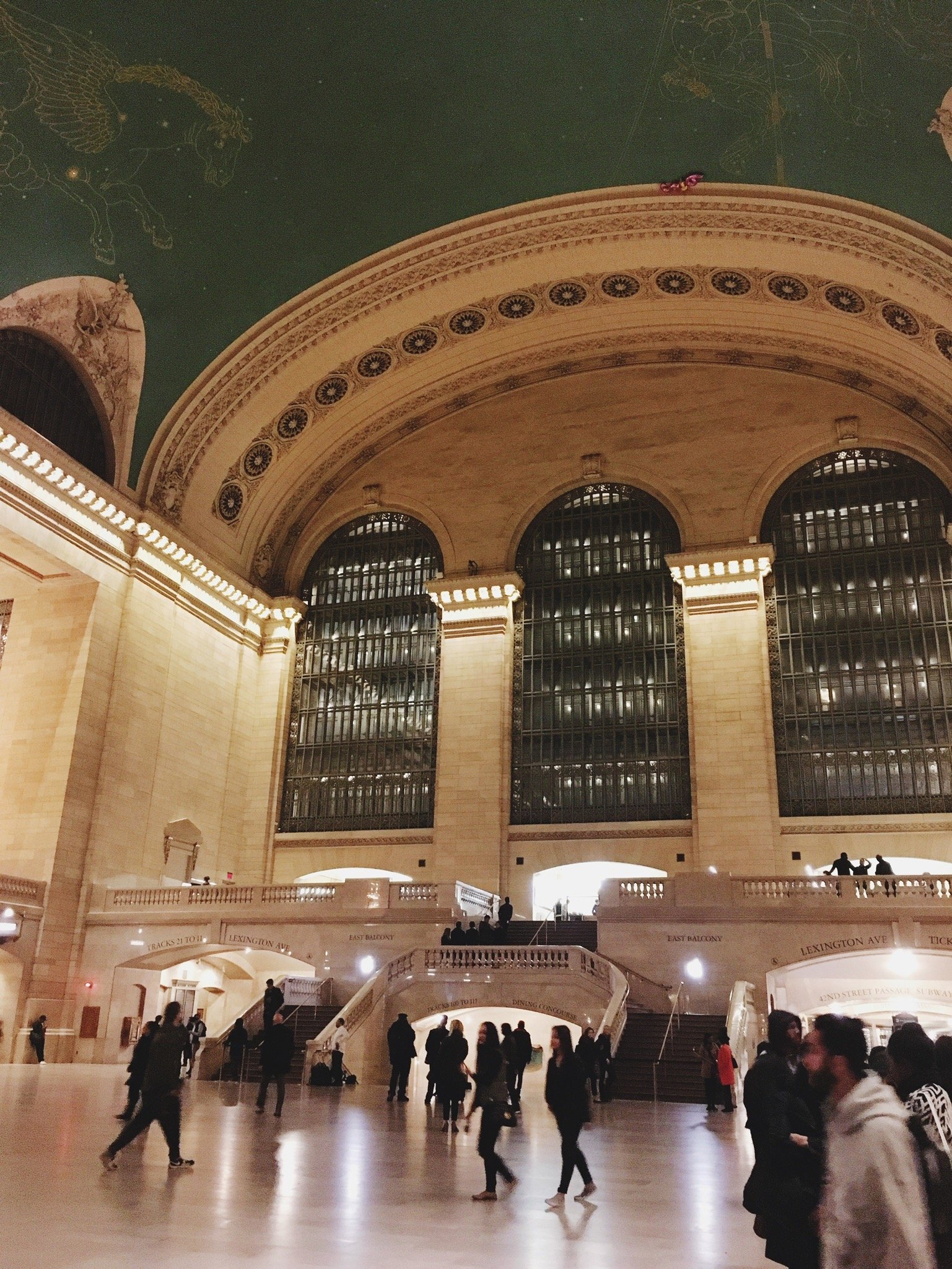 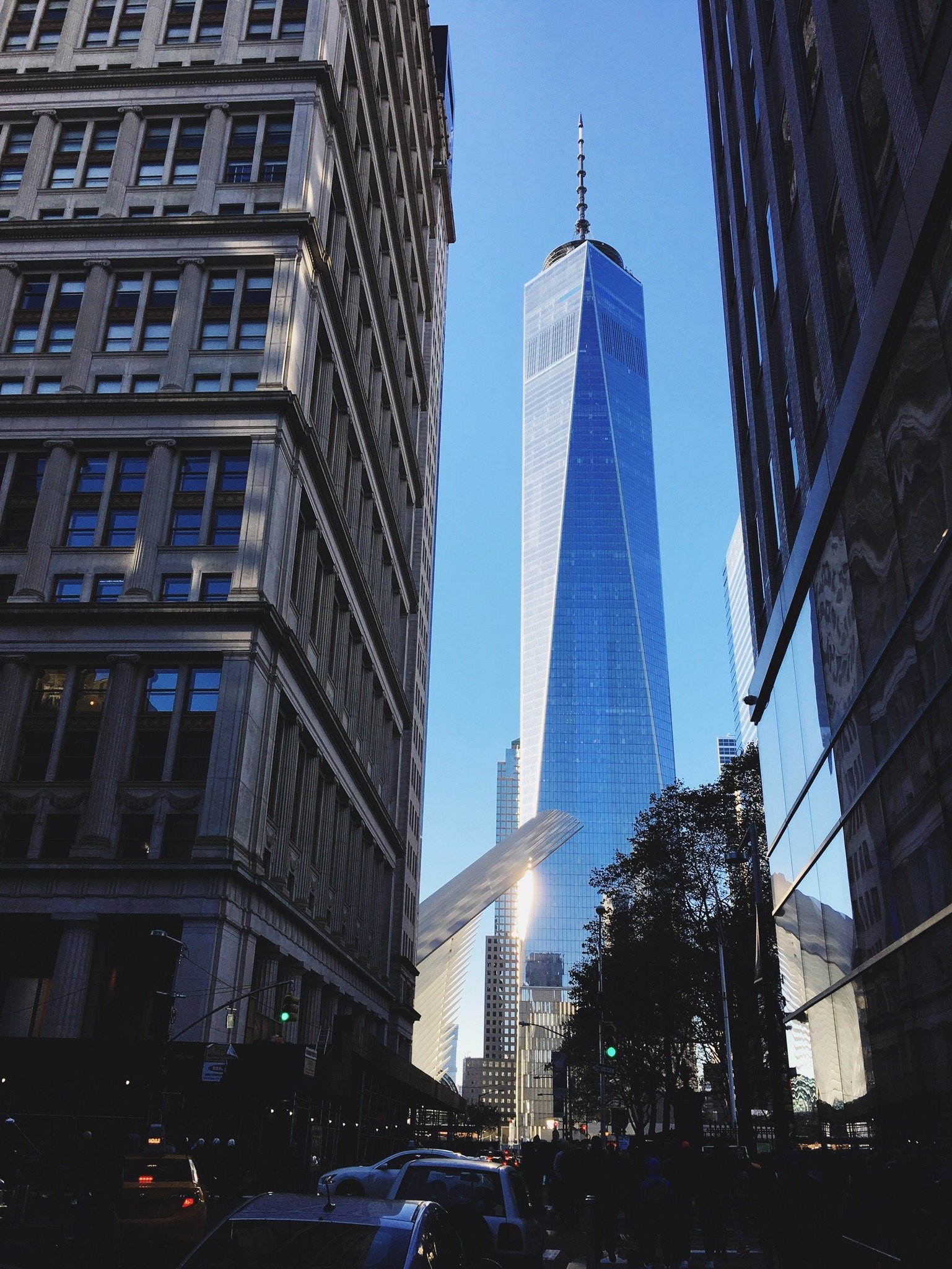 The city was amazing and beautiful, and I had one of the best meals of my life while I was there.  My son has decided that going to college in New York would be okay with him so now I need to figure out how on earth to potentially pay for four years at NYU.  We spent a lot of time wandering the city, going to museums, shopping, and eating.  First dinner, second dinner, midnight snack,  we did it all. 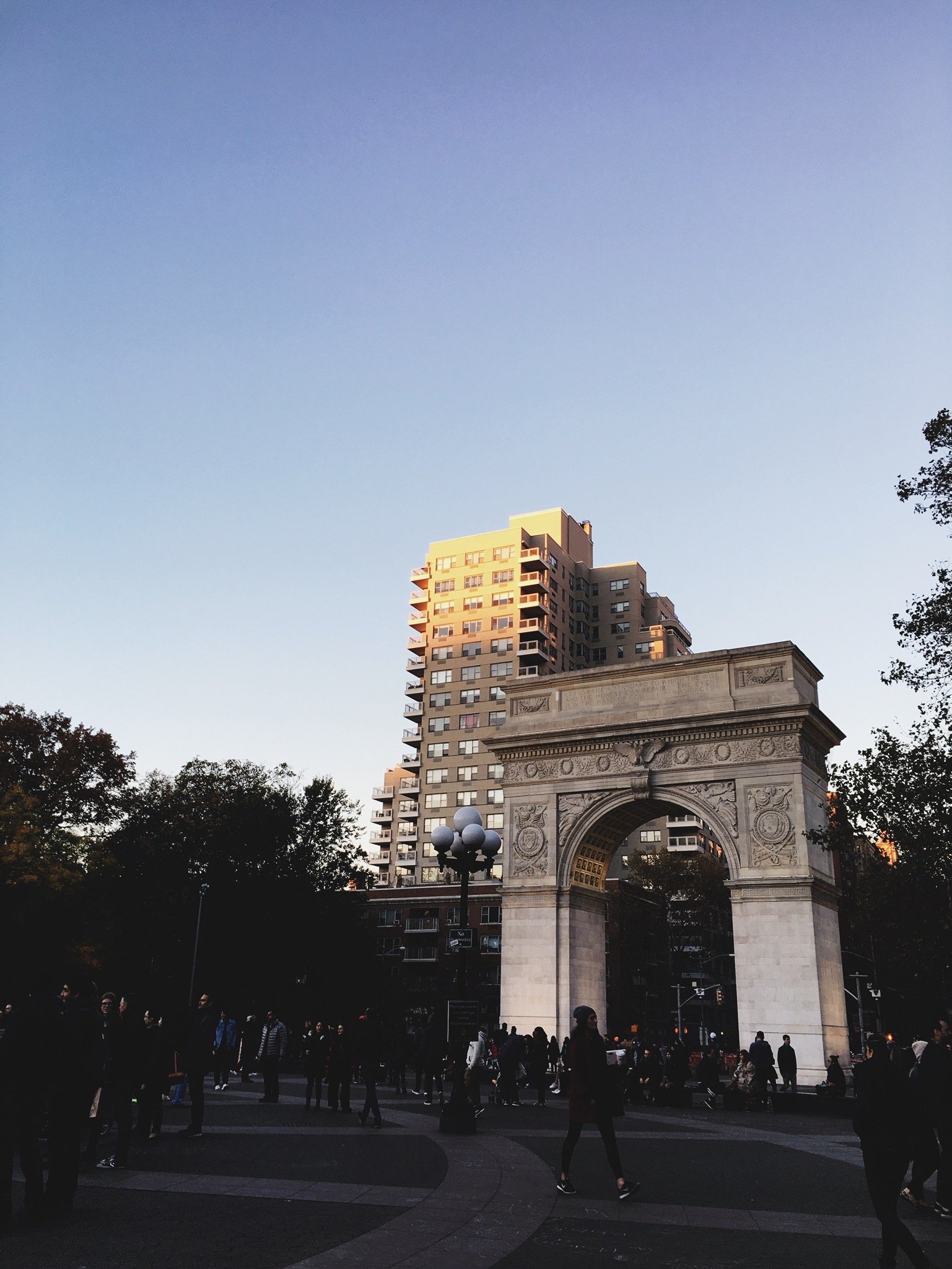 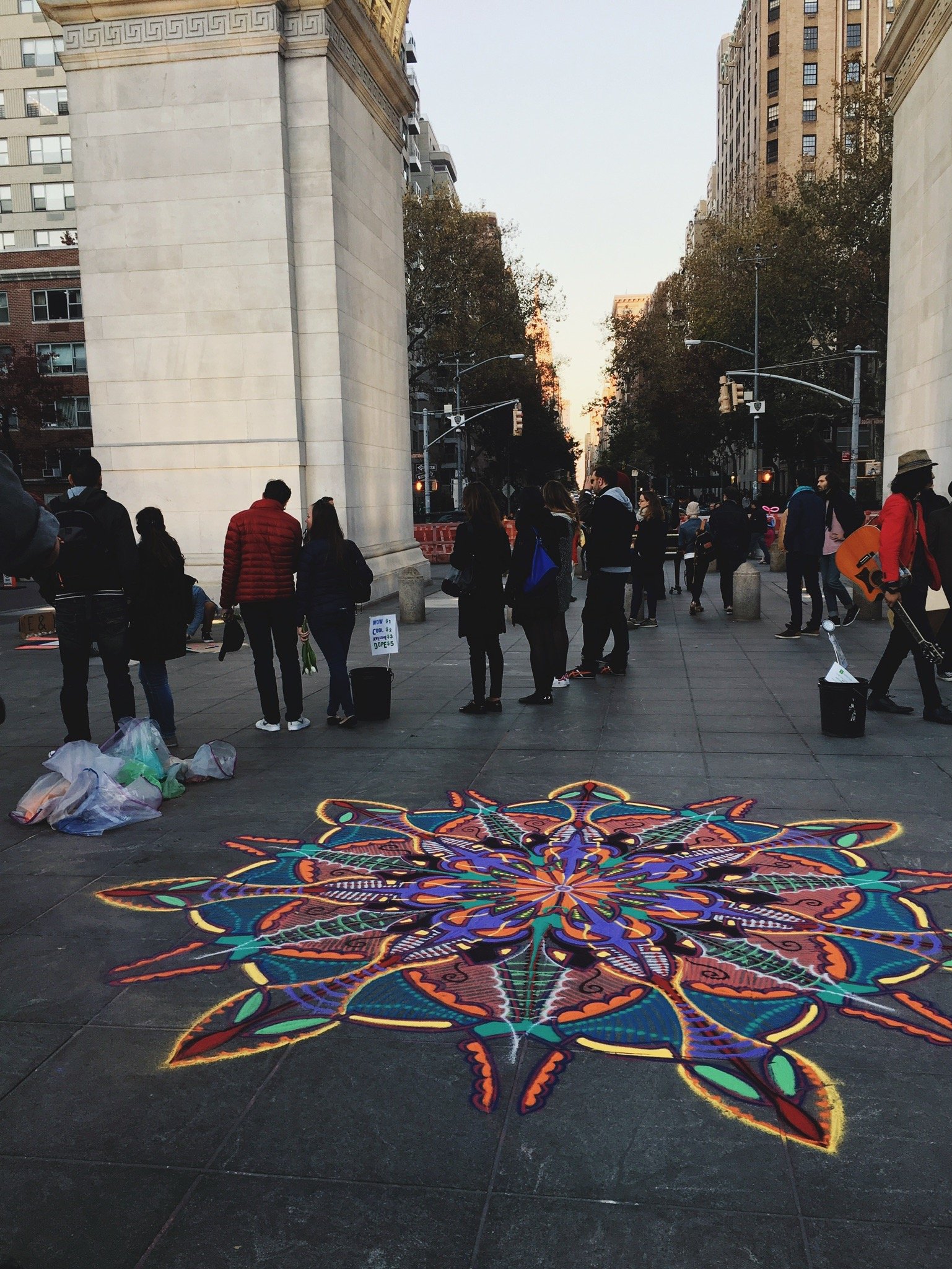 Thanksgiving is right around the corner, and at the moment I have no idea how we are going to celebrate the holiday.  We were invited to have dinner with friends, but I must admit that I worry that politics will become a major discussion point and I don’t want the day to be tainted by arguments, even among friends.  Thanksgiving is a time to celebrate family and bring people together for better or worse, but I’m just not ready to deal with things just yet. 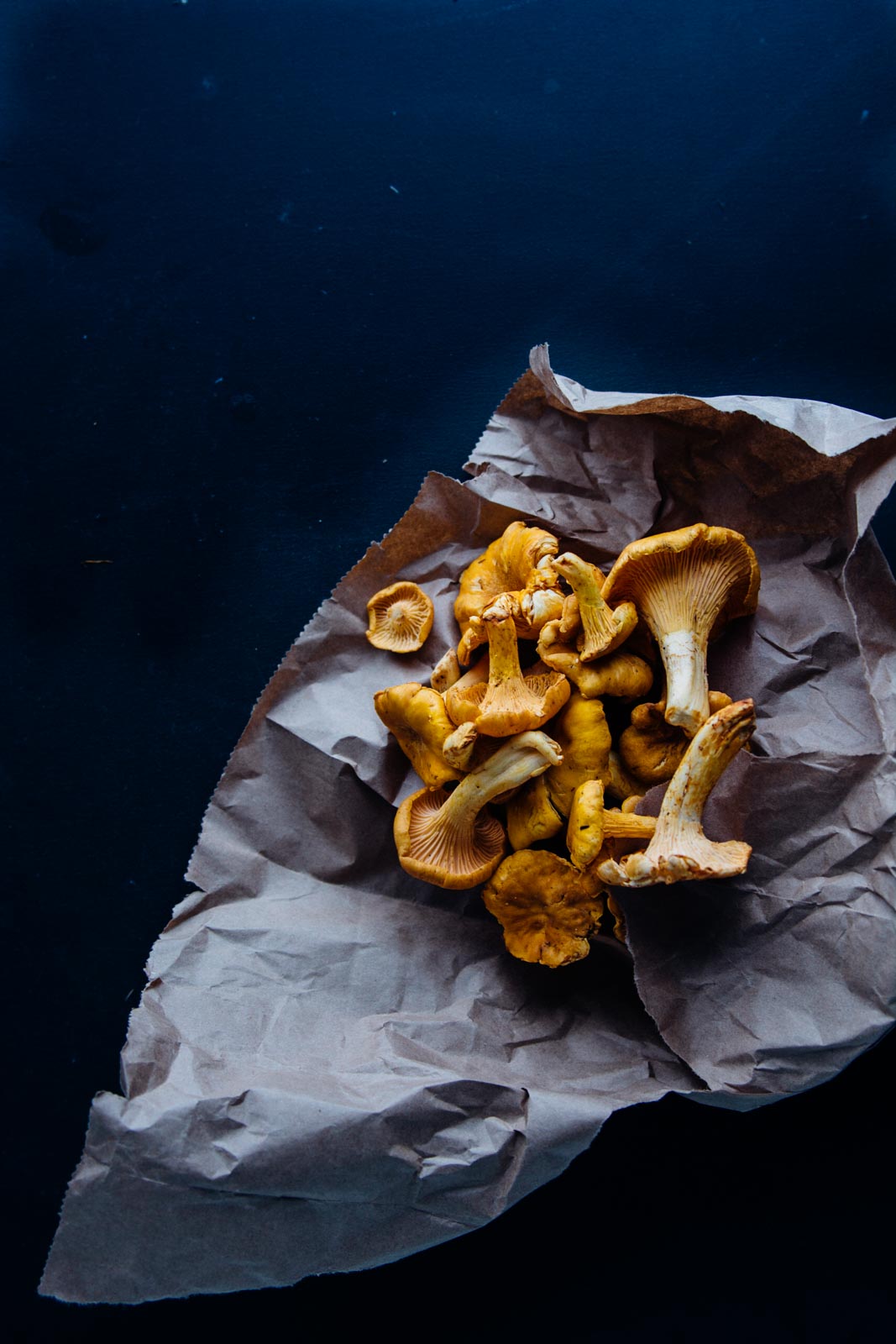 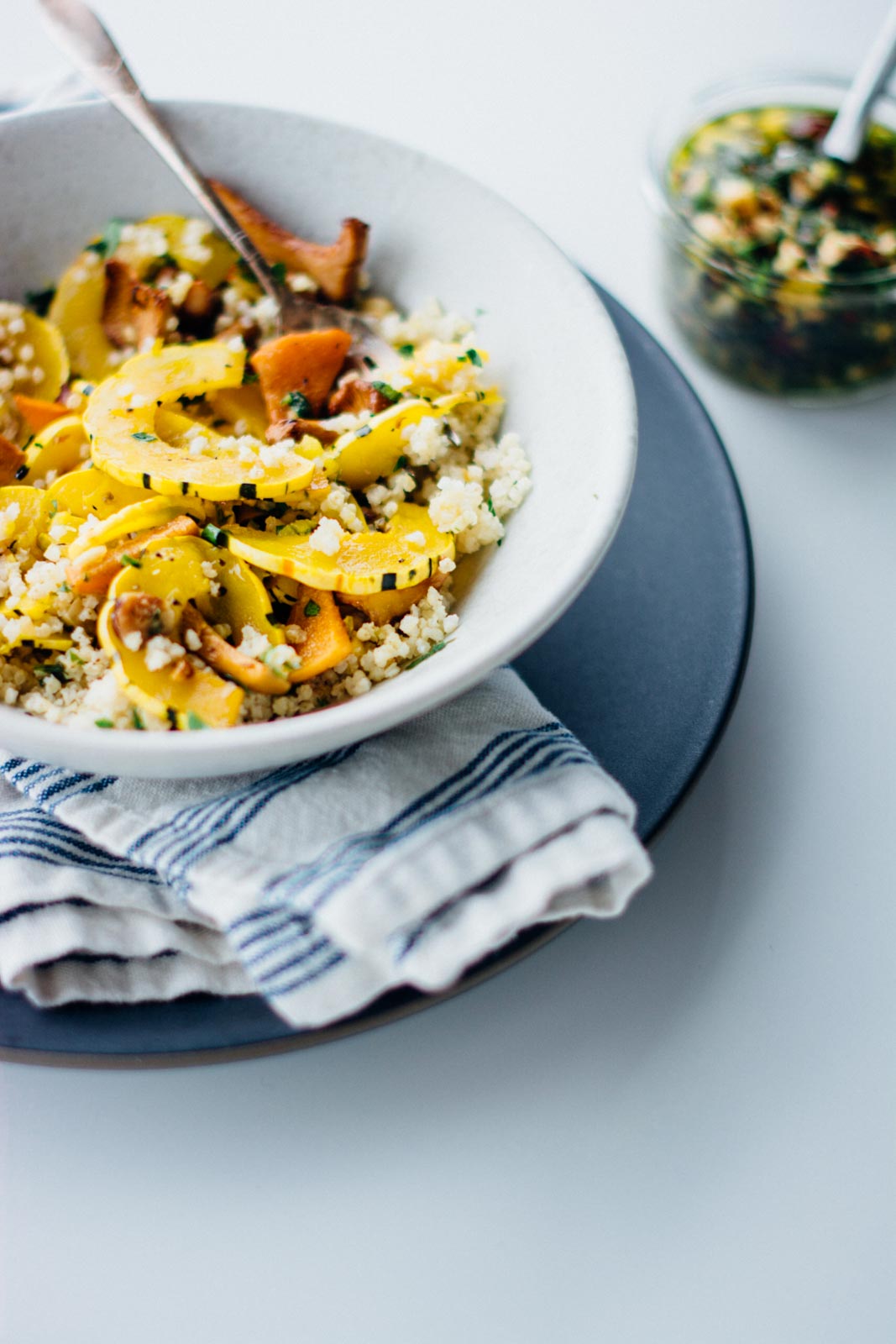 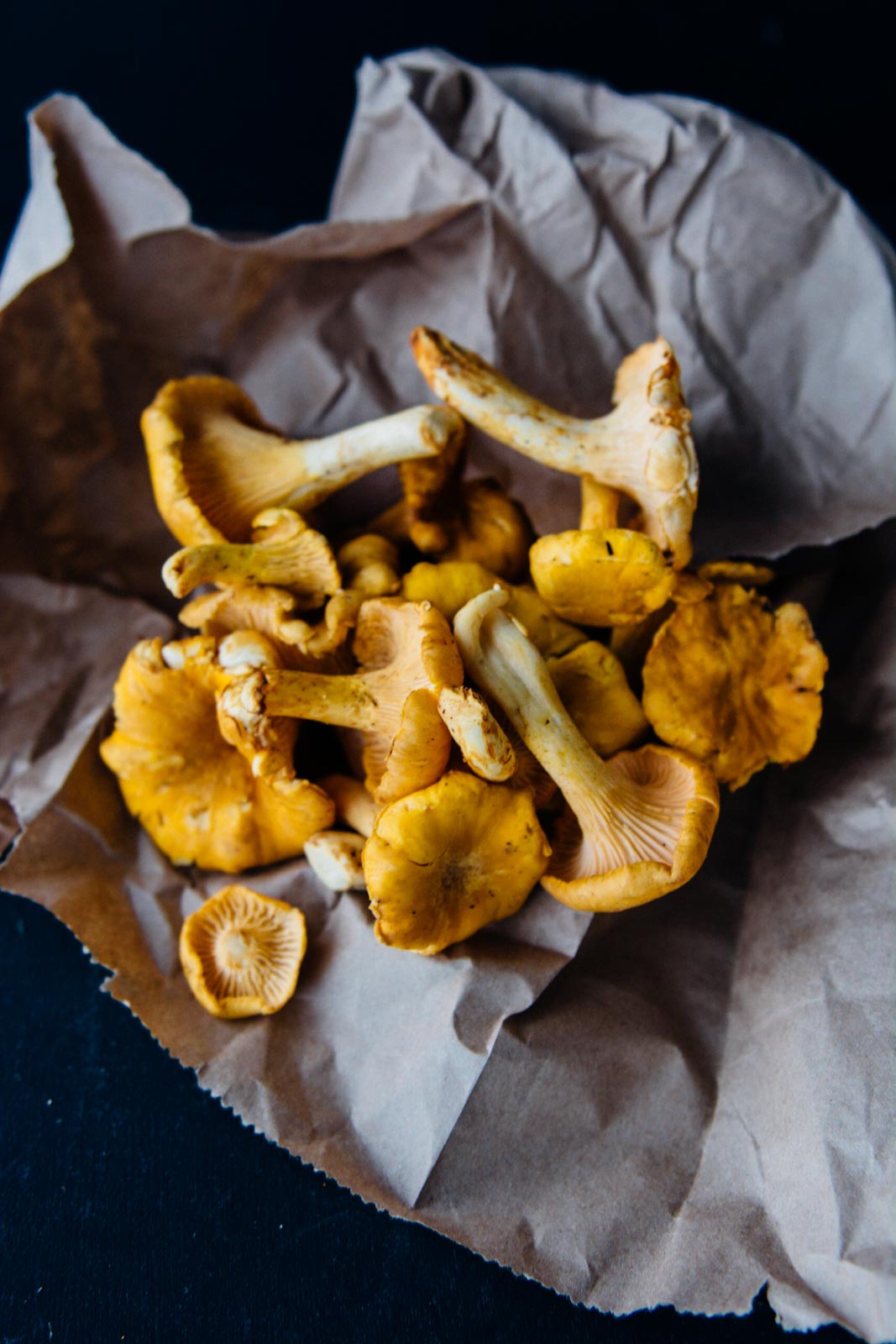 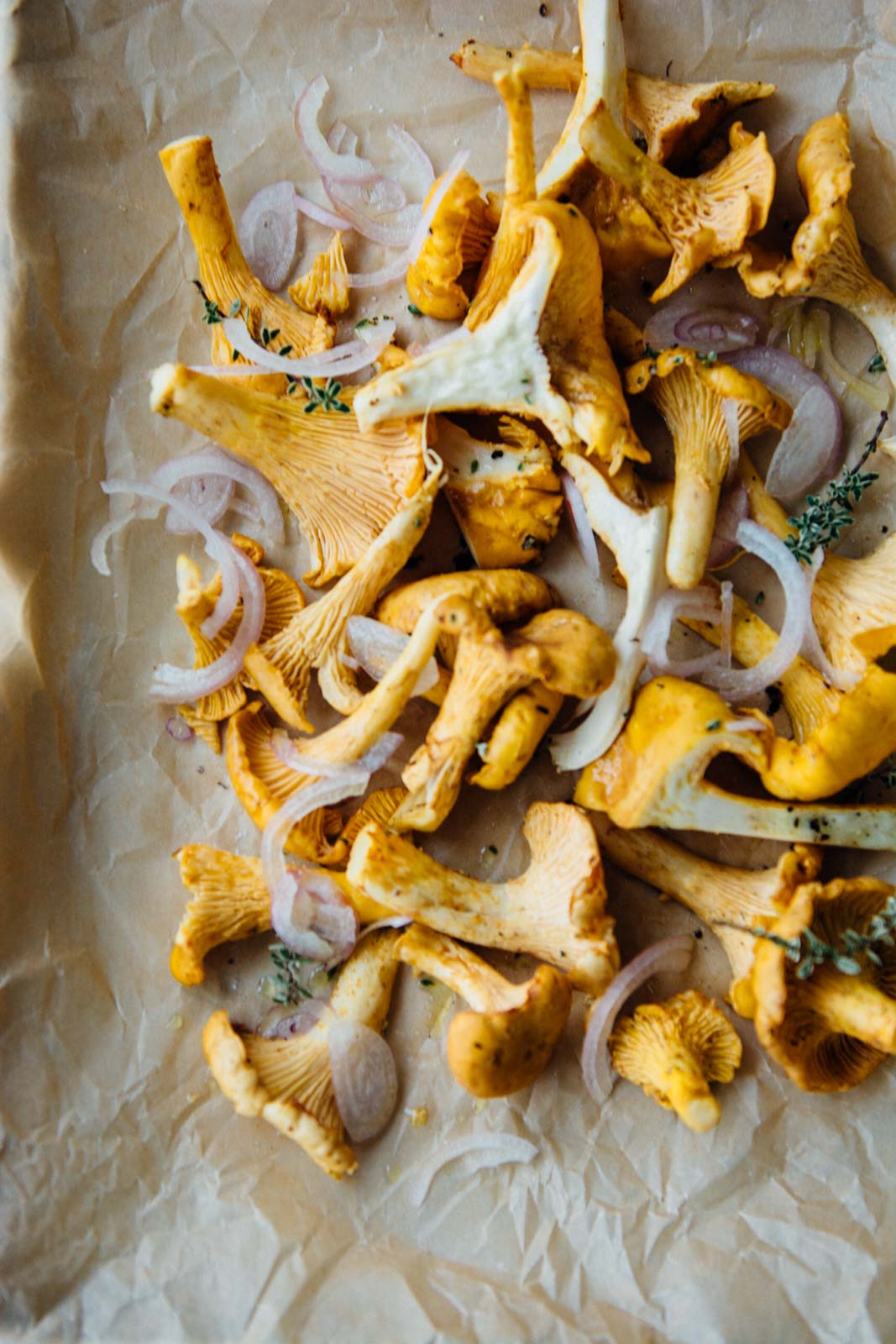 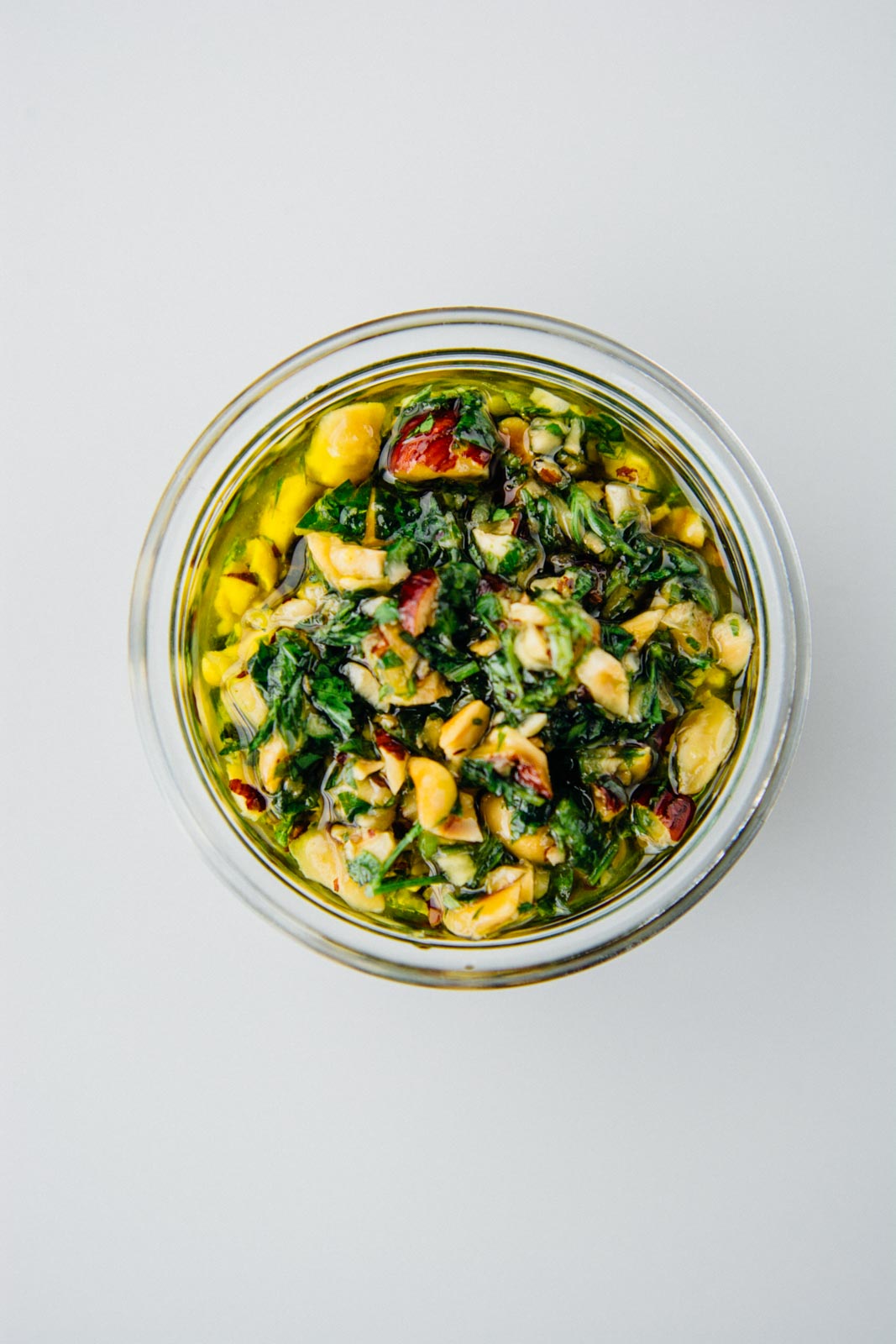 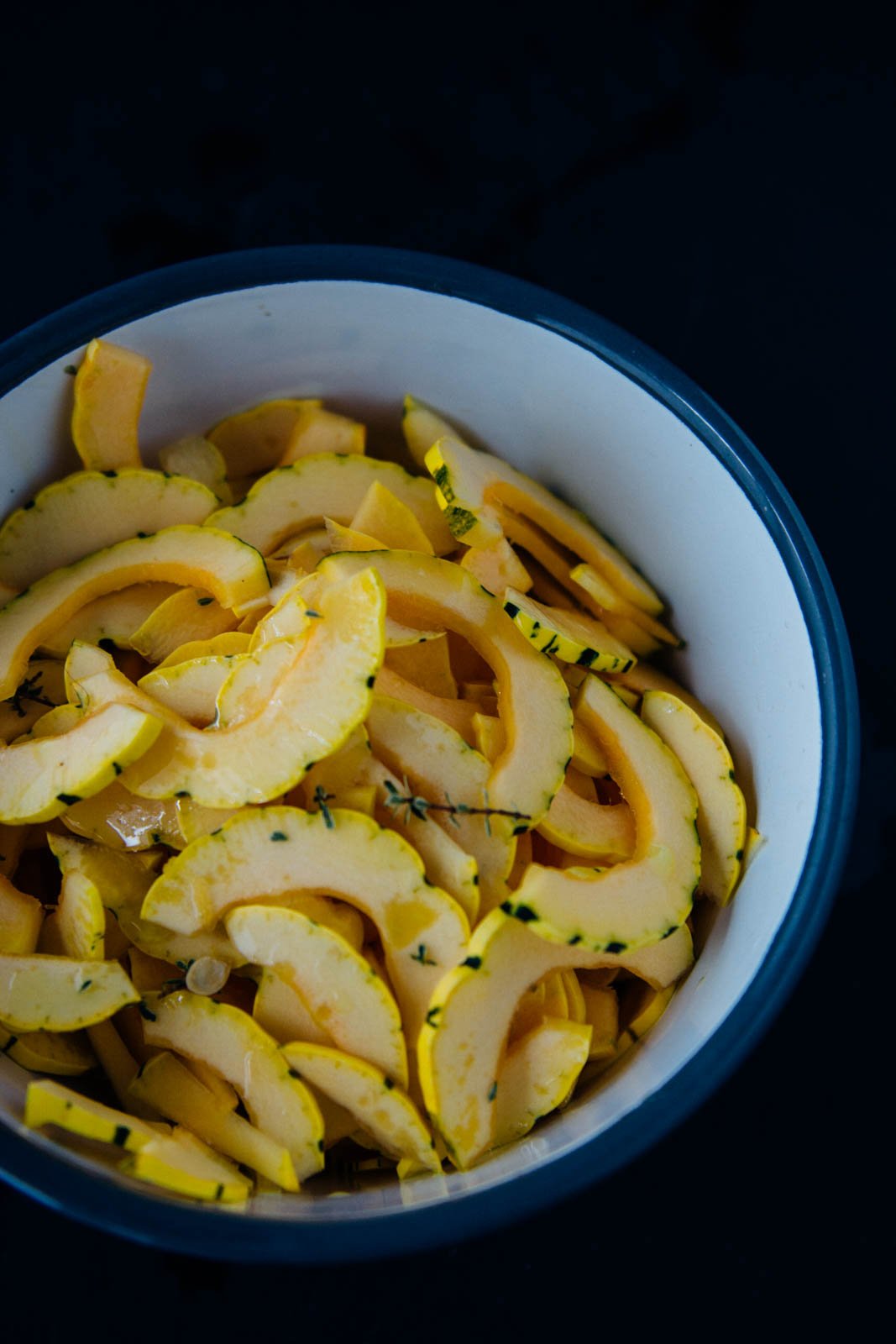 Regardless of what we end up doing for the holiday, I’ve been testing recipes, and I thought I’d offer up a winter delicata squash bowl that would also stand in as a great stuffing substitute on your holiday table. I’ve made a few different versions of this recipe before but never shared it. This variation is vegan, but a little bit of a nice melty cheese on top is delicious. I add a bit of Italian sausage for my son, and he loves it. Delicata squash is one of my favorites since you don’t need to peel it and it roasts up quickly when popped into a hot oven. I’ve combined it in this bowl with chanterelle mushrooms and persimmons, but cremini mushrooms, and apples or pears would be good substitutes.

If you make this winter delicata squash bowl, I’d love to hear what you think of it. Leave a comment, rate it, and don’t forget to tag a picture #scalingback on Instagram so I can see what you came up with! 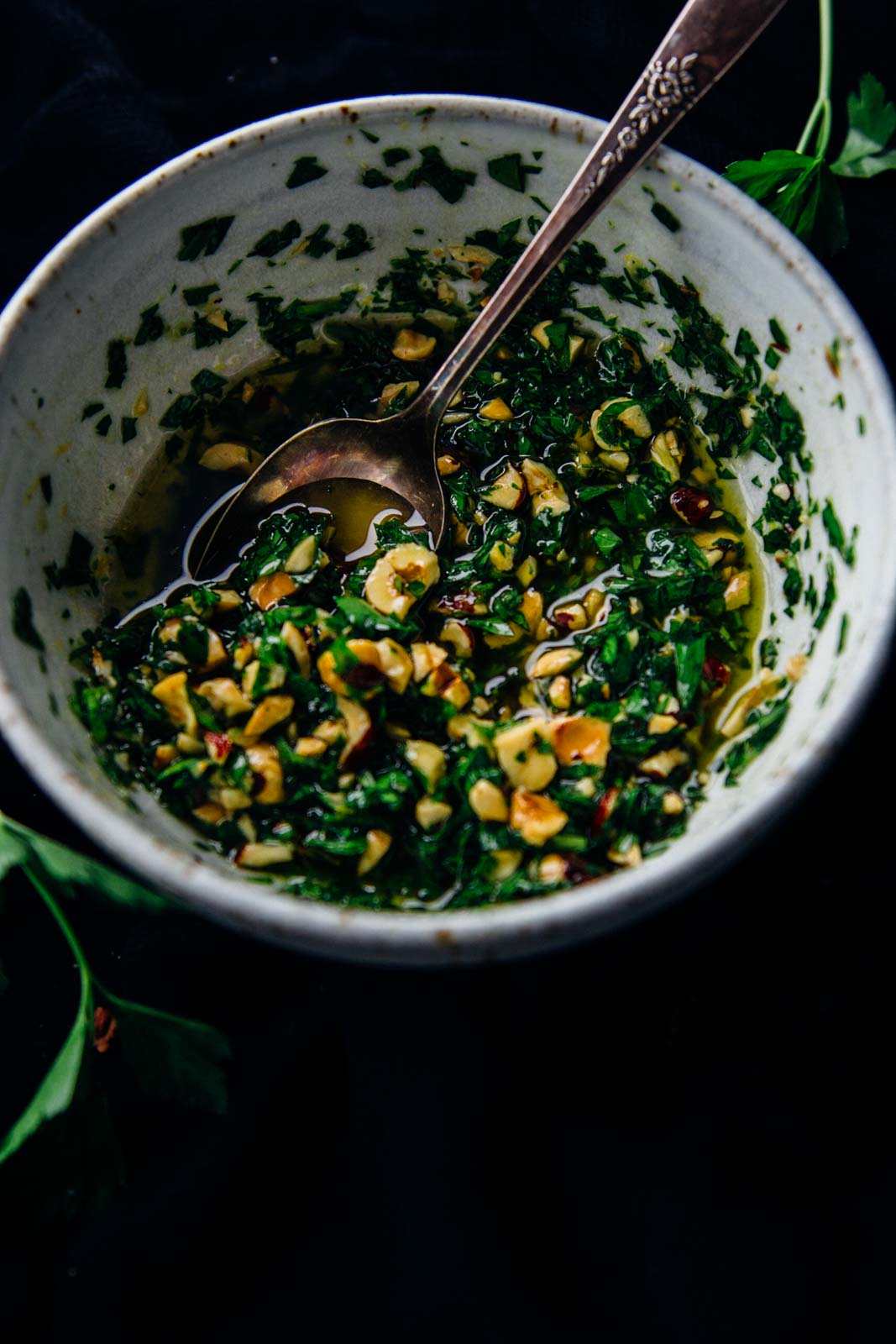 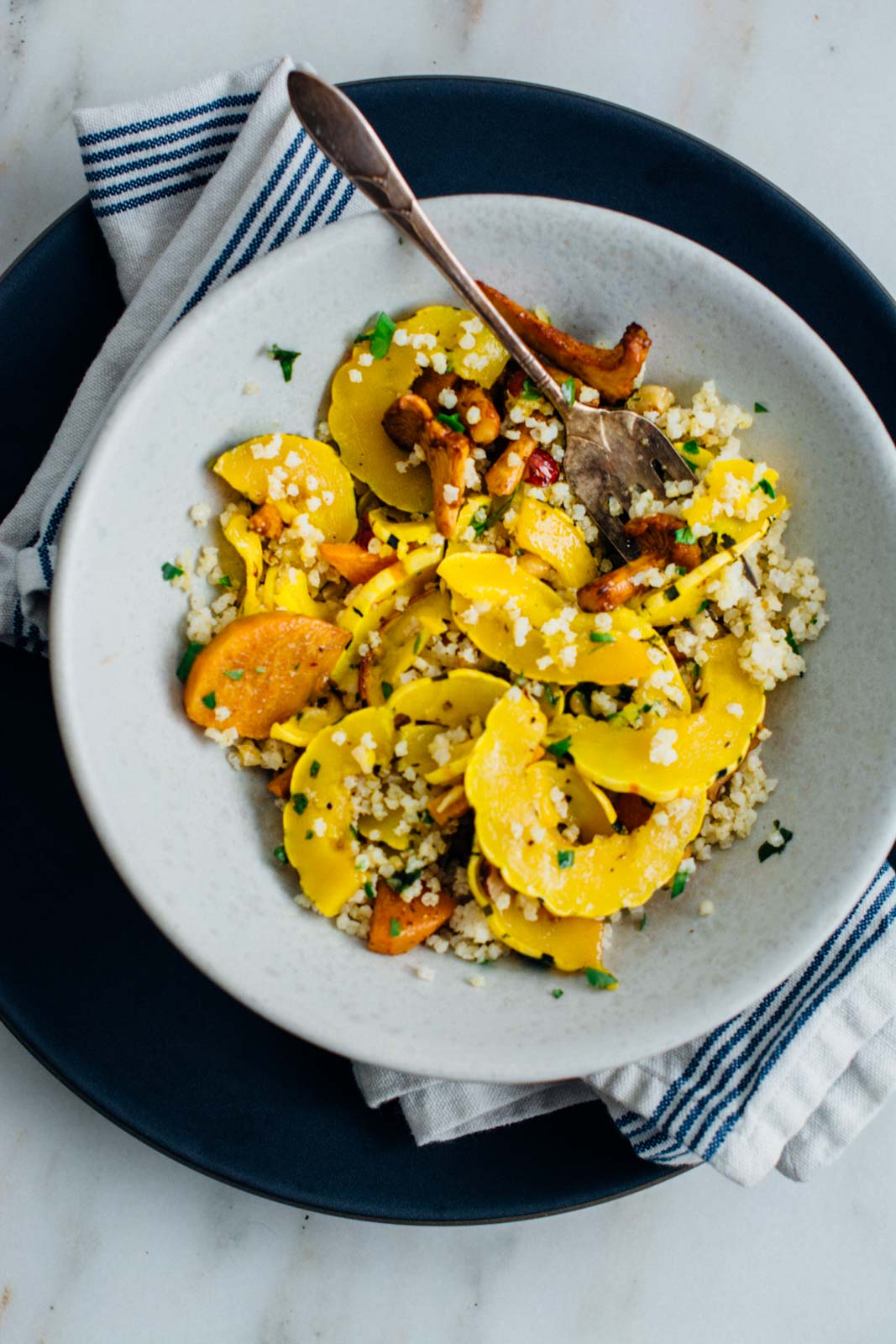 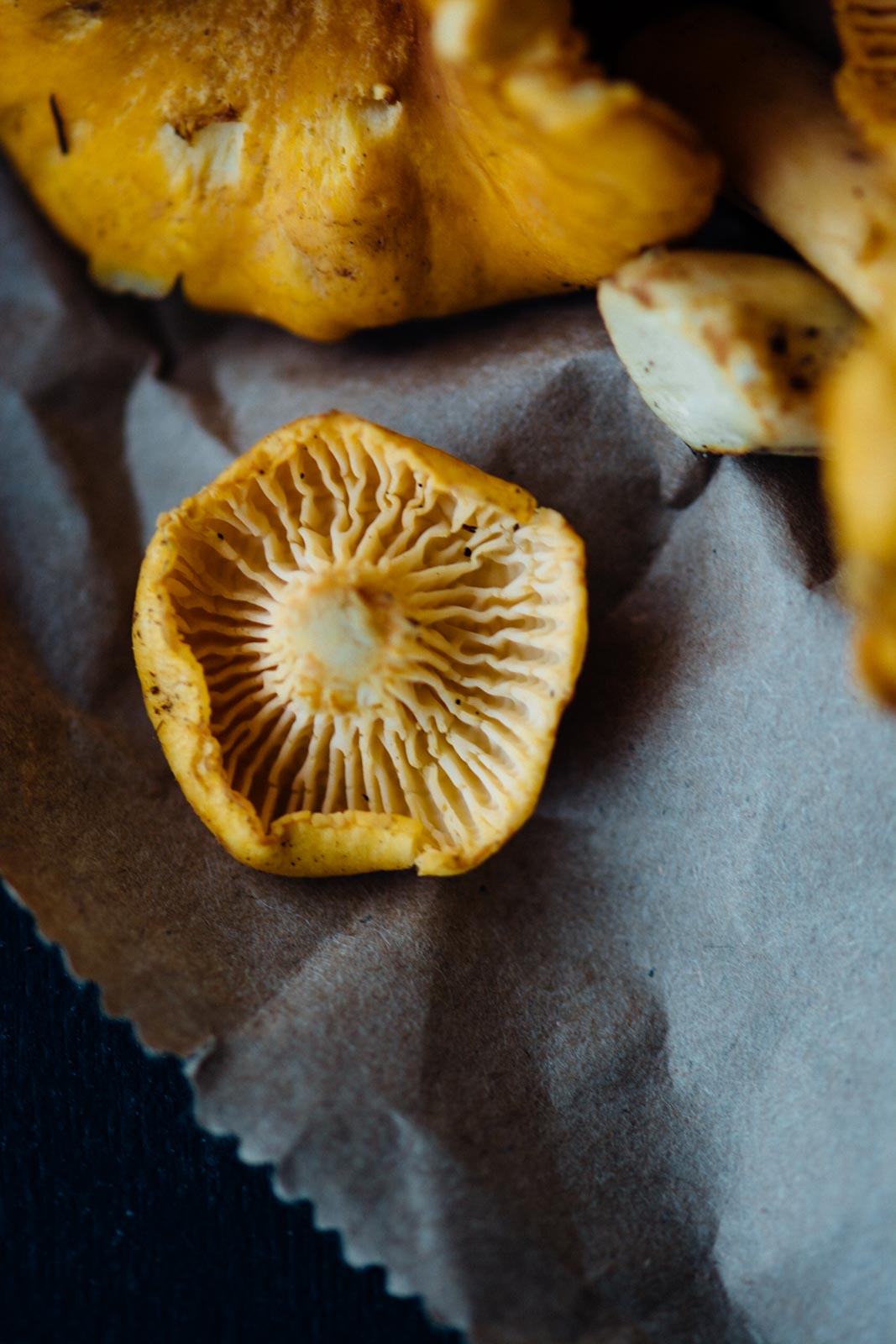