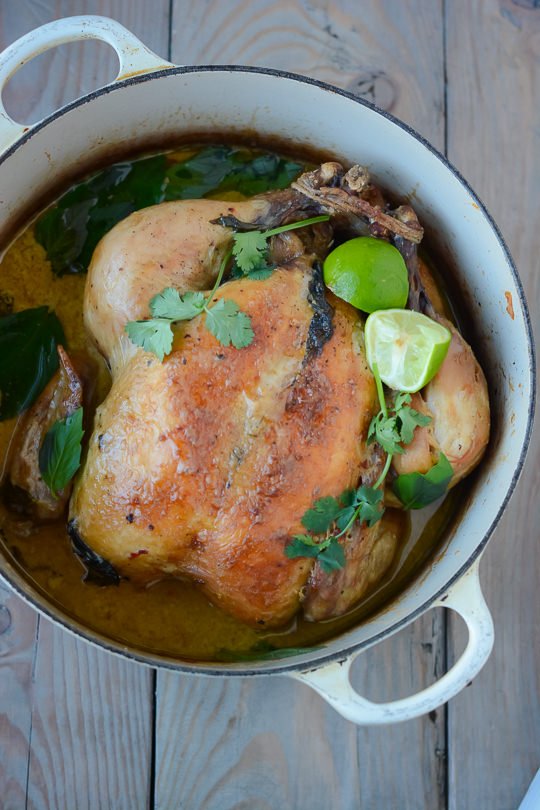 Roasting a chicken has never been my strong suit.  I’ve always felt they were a little rubbery, dried out or flavorless when I tried to make one.  I’ve made a lot of roasted chickens, I’ve air chilled the chickens for 24 hours before roasting them, slathered butter underneath the skin, cooked them in a covered pot and they all turned out okay but I’ve always felt that all that effort really didn’t pay off in the end.  I recently discovered the easiest and best method for roasting a chicken ever.  The only catch like most things in life is that it takes time.  Three hours to be precise.  It only takes a few minutes to prep, you throw it in a low oven and walk away.  It results in the most tender, succulent roast chicken you will ever eat.  If you don’t want to have to flip your chicken you can alternatively cook it breast side up and baste it every 30 minutes or so.  I prefer to start it breast side down so that I don’t have to check on it frequently and I’ve been making a version of this for a few months and decided to try to make it more of a complete meal and this is what I came up with.  Cooking the chicken in a can of coconut milk and a few aromatics make for a delicious sauce and the addition of spinach and snow peas lightens things up, all you need is a little rice to serve it all over.  In place of the rice you could serve it with some rice noodles or soba instead and play around with the vegetables, some slice red peppers and kale would also be great additions.  I like to make this on a Sunday when I am working around the house since it really doesn’t take any work once you pop it in the oven.  I even prepped it, put it in the oven and went out to the movies while it cooked away unattended.  Since I had to cook on Mother’s Day this was what I chose to cook since it’s super easy but impressive at the table. 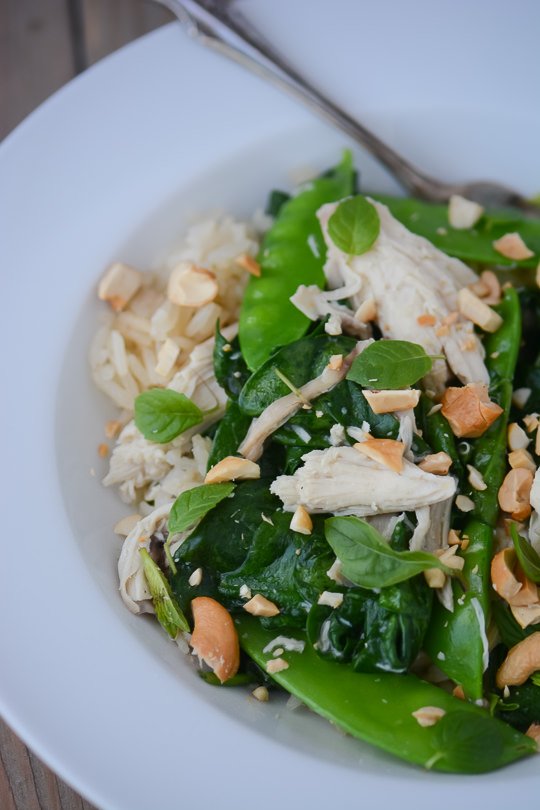 Rinse the chicken and pat dry with paper towels.  Season well with salt and pepper inside and out.  Ideally place the chicken uncovered in the refrigerator for 8-24 hours.  Alternatively you can set the chicken to the side while you prepare the rest of the ingredients and cook it immediately.  It won’t be seasoned quite as well but it cuts the prep time to zero.

Remove the chicken from the pot and put it on a plate to rest.  Strain the coconut milk mixture through a fine strainer and return the milk to the pot.  Over medium heat add the spinach and snow peas and cook for 1-2 minutes until the spinach is wilted and the snow peas are crisp tender.

Carve the chicken and serve over rice with a spoonful of sauce and vegetables.  Garnish with the fresh herbs, a sprinkling of cashews and a squeeze of fresh lime. 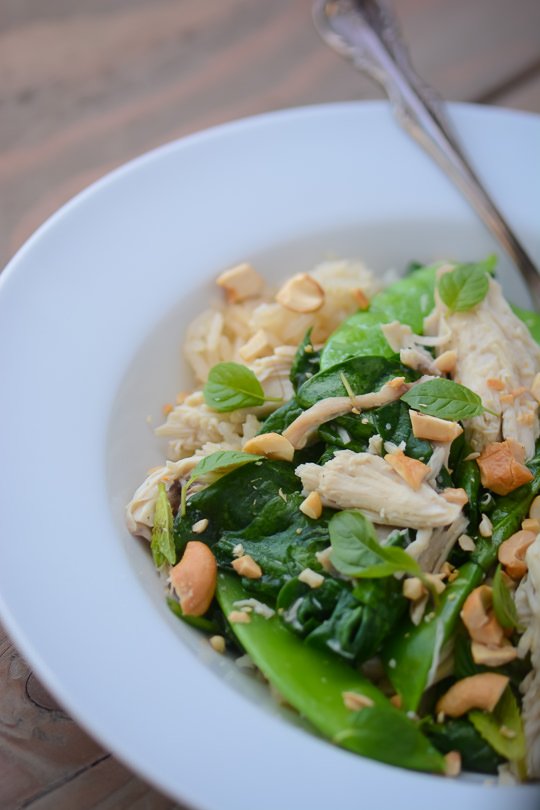 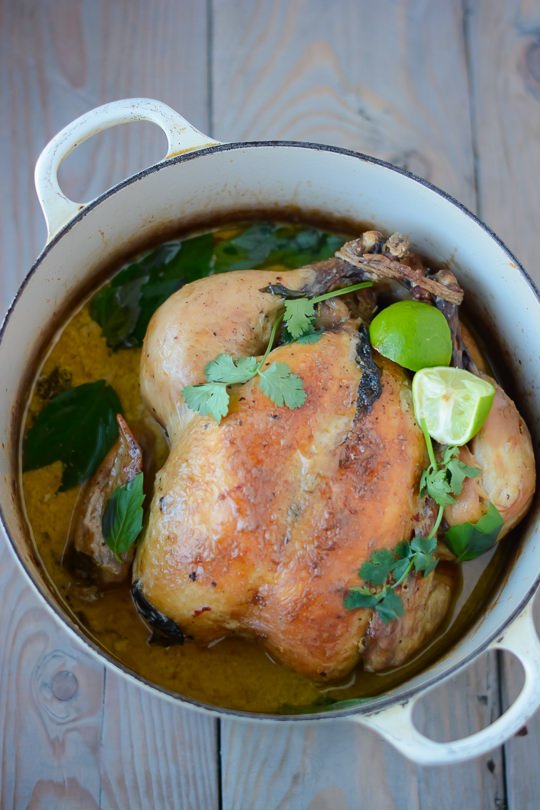