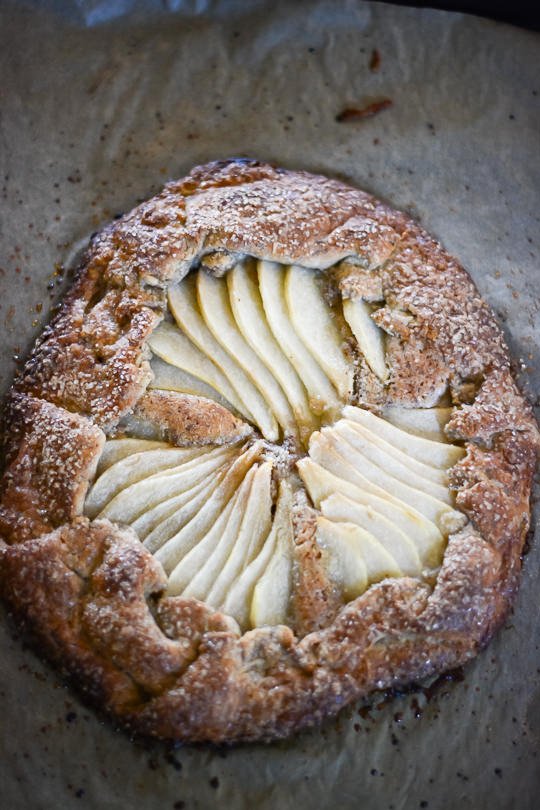 I have to admit that I am not much of a pie person.  My husband and son aren’t into fruit based desserts and the thought of me having to eat an entire pie is not a good idea.  I’ve also always been really afraid of making my own crust, it always seems like so much can go wrong.  And let’s not even get started about rolling out a perfect circle, not my strong suit.  Recently I’ve begun to face my fears and experimented with a few different recipes and I have to say that I really have come to love free-form galettes, they seem simpler and less fussy than most pie recipes and I love the rustic look of them.

The trick to this dough is to make sure you leave pea sized bits of butter in the dough.  By folding and turning it several times you are creating layers of butter that result in a super flaky crust.  This process is called laminating and is most commonly used when creating puff pastry and croissants.   The more turns that you give to your dough the more layers you are create.  We are only using three turns here but it makes a huge difference to the end result.

I’ve added hazelnuts to the dough as well as to the frangipane layer that goes under the pears.  It’s just barely sweetened and is The crust was rich and flaky and the addition of the sugar added a lovely crunch and a touch of sweetness.  The pears  only dressing is a sprinkle of turbaned sugar and the cinnamon in the frangipane adds a lovely spicy note.  We enjoyed it warm from the oven with a little vanilla ice cream on the side.  Now that I’ve gotten over my fear of pie crust I think it’s time to start experimenting with some savory versions! 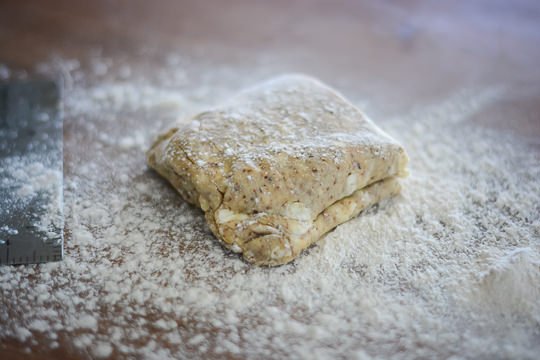 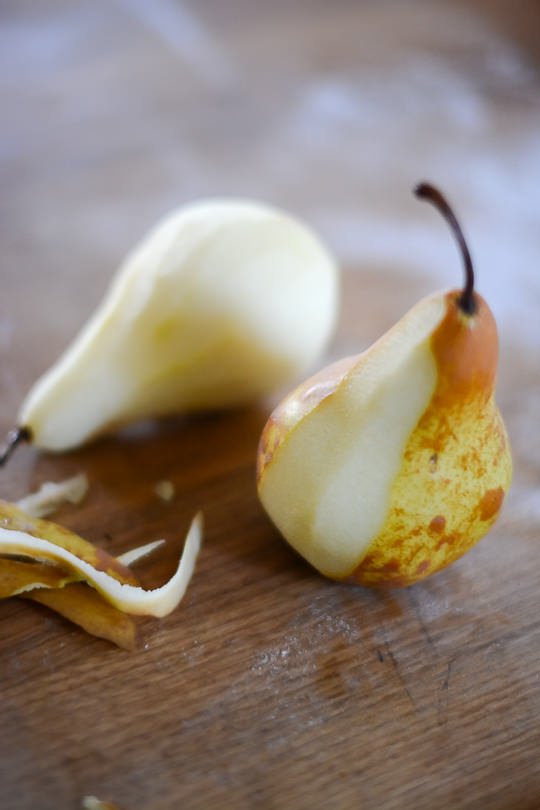 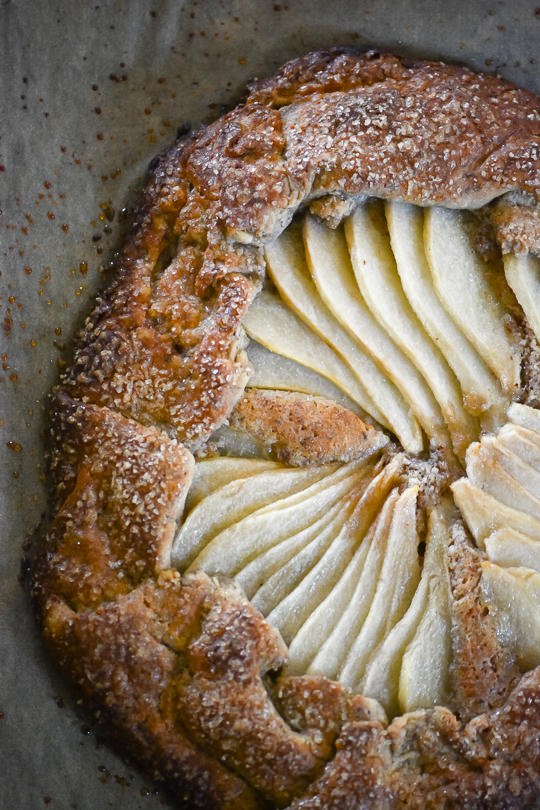 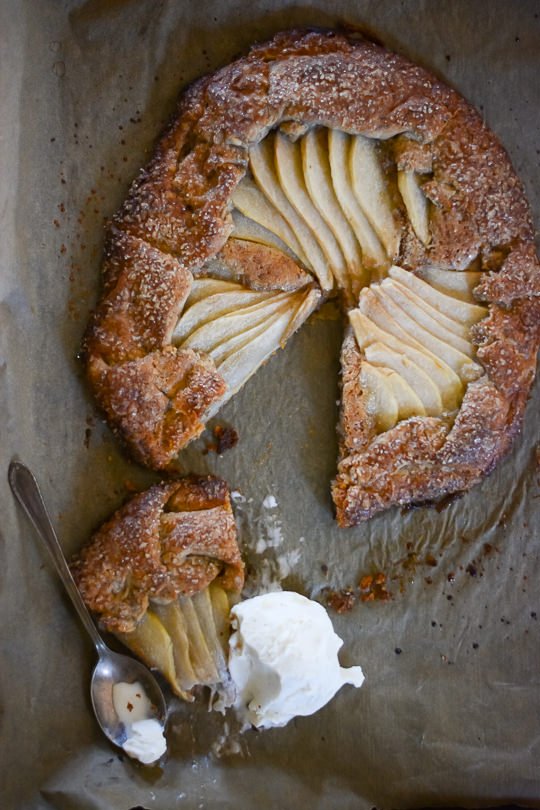