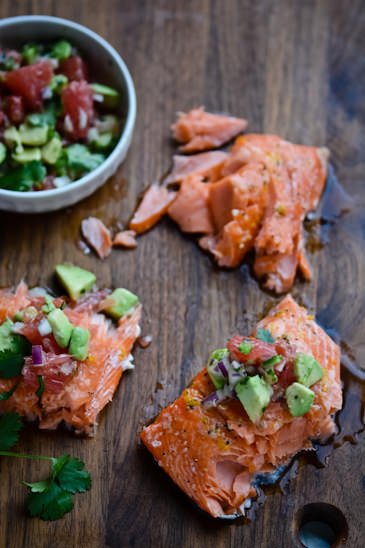 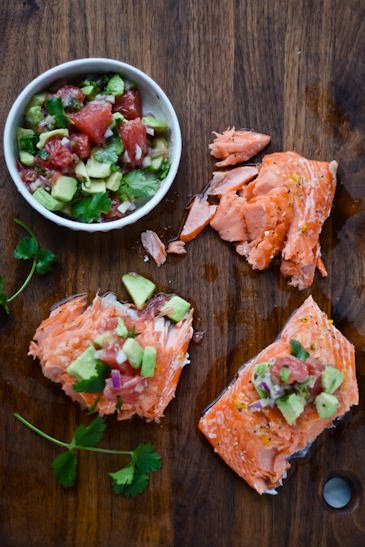 It’s January 15th and I’m halfway through my recipe a day challenge.  I have to say that it’s been really different having to produce a recipe everyday vs. once a week.  I’m feeling a little bit frazzled and not entirely happy with the photos that I’ve been posting but it’s also been a good exercise in rolling with it and doing the best I can with the time I have.  I have to thank you all for taking the time to stop by and the lovely comments you have been leaving, I really look forward to them. 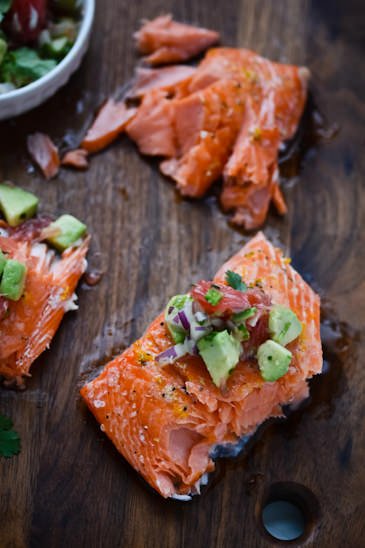 I’ve really been trying to find dishes that the whole family can eat.  My husband’s palate is pretty much set at this point but I still have hope for my son.  I encourage him to try things a few times before he declares that he doesn’t like a particular food.  I’ve tried to explain to him that just because he hated the oatmeal at summer camp that doesn’t necessarily mean that he hates all oatmeal.  It’s been a long process but he’s much more open to trying new things than he used to be.  I am absolutely thrilled that he has come to the conclusion that he loves salmon.  He is a huge basketball fanatic and wants to play in college so when he heard that a lot of NBA players swear by salmon as a pre-game meal he was all over that.  So this recipe is for him.

Slow roasting the salmon in a low oven allows the fat in the salmon to melt slowly so it keeps it ultra moist and it’s totally hands off once it’s in the oven.  I layered some fresh citrus underneath the salmon and it imparts a nice subtle brightness that flavors the salmon nicely.  The grapefruit adds a twist on traditional guacamole and reinforces that citrus note I was going for.  You can serve this simply with a green salad on the side or on top of your favorite grain.  We made tacos and had enough left over for some sandwiches the next day. 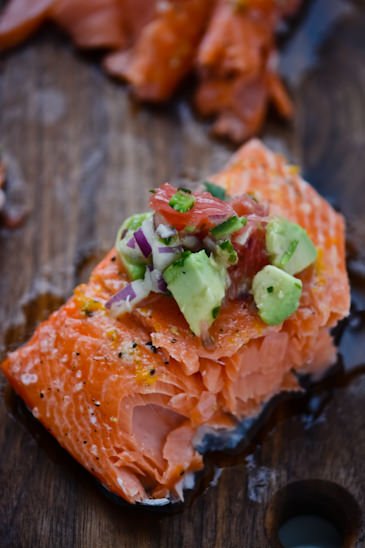 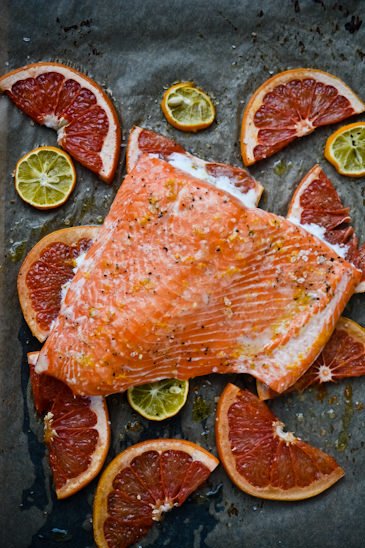 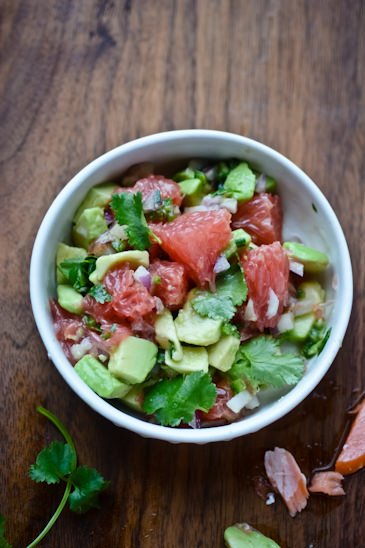 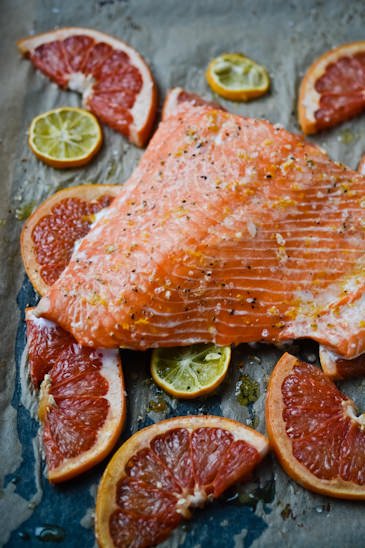 Pre-heat the oven to 250 degrees.  Cut the top and bottom off the grapefruit and one of the lemons and slice into rounds about 1/4-inch thick.  Lay the fruit on a parchment lined rimmed baking sheet and top with the salmon fillet.  Zest the remaining meyer lemon over the top of the fillet drizzle with the olive oil and season with the salt and pepper.  Roast the salmon for 25-30 minutes until the fish is opaque and slightly firm to the touch.