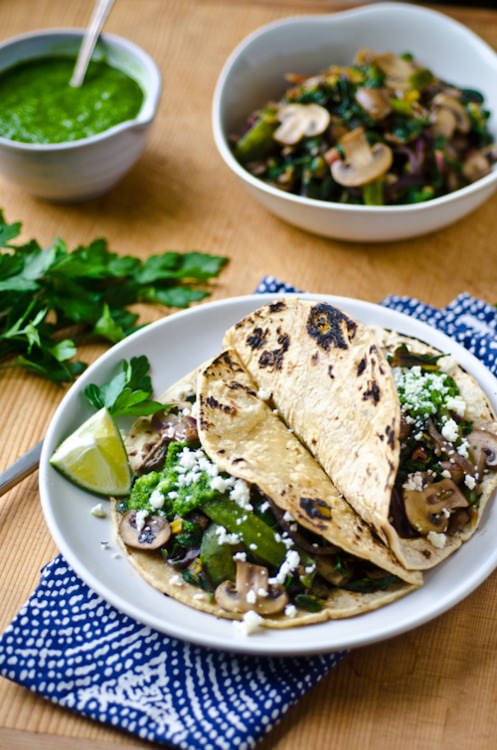 This week The Food Matters Project recipe was a beans and greens burrito, I wasn’t feeling like a burrito they can be heavy so I went with one of my favorite veggie taco recipes, mushroom and swiss chard with a zesty cilantro jalapeño sauce.  The filling also is delicious in enchiladas with a  simple tomatillor or tomato sauce over the top.  If you can’t find cotija cheese, queso fresco or monterey jack would make good substitutions.  Check out the original recipe and all the other variations at The Food Matters Project! 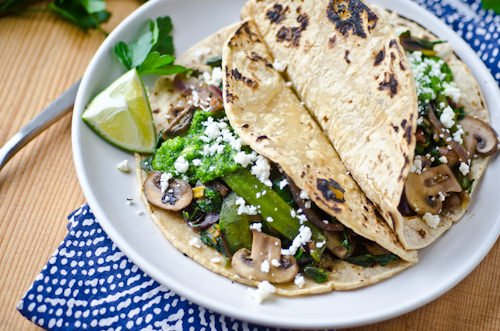 For the cilantro sauce
For serving: 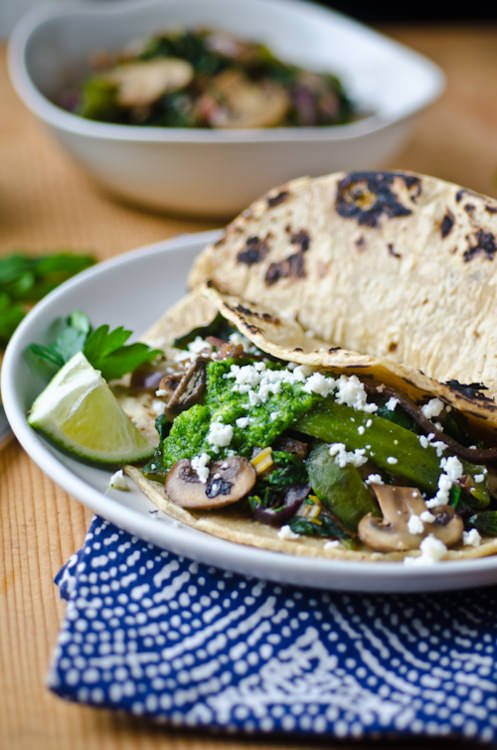 Begin by roasting the poblano over an open flame or under the broiler until the skin is blackened and the pepper is slightly softened.  Put the pepper in a bowl and cover with a clean dishtowel and let steam for 5 minutes.  Once the pepper has cooled slightly rub the skin off the pepper and then slice the pepper in half, remove the seeds and cut into thin strips.

Meanwhile remove the stems from the chard and thinly slice the stems, set aside.  Cut the chard leaves into ribbons and reserve.

Heat one tablespoon olive oil over medium high heat.  Add the mushrooms and cook for a few minutes until they start to release some of the their liquid and begin to brown, add the onion, garlic and chard stems and cook for an additional 3-4 minutes until the vegetables have softened and started to brown.  Add the chard leaves to the pan and cook just until the chard has wilted.  Season the mixture with salt and pepper.

For the cilantro sauce, combine the cilantro, jalapeño, garlic salt and olive oil in a blender or food processor and blend until pureed.

To serve warm the corn tortillas either over an open flame or in a dry skillet until softened.  Spoon a few tablespoons of the mushroom mixture over the tortilla, sprinkle with the cheese and then drizzle the cilantro sauce on top. 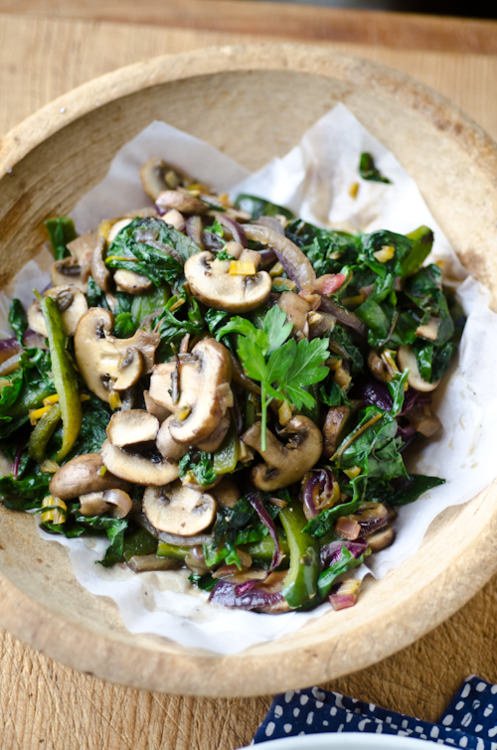